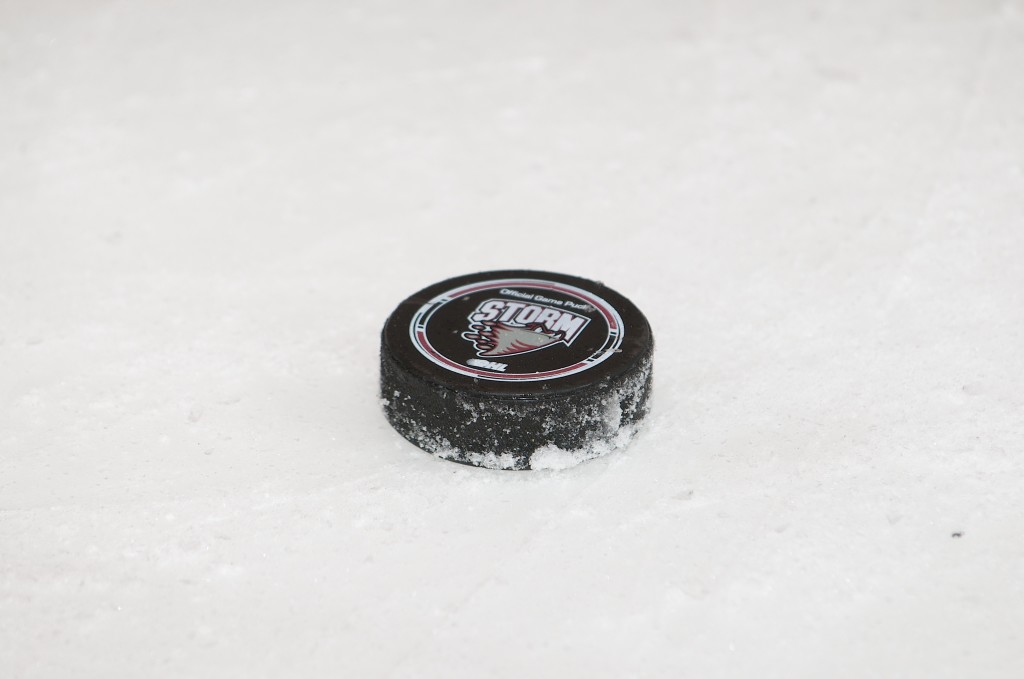 Former Storm player Mike Vellinga’s wife was critically injured in the Sugarland Stage collapse last weekend. Storm alumni Andrew Long and Chris Hajt are travelling to Indiana this weekend to offer their personal and the team’s support to Mike and his family during this time. In the upcoming days the Storm will announce plans for a fundraiser to help with medical expenses.

For fans wishing to help can email vellingafund@gmail.com for more information.

Andrea Vellinga was so close to the Indiana State Fairground’s stage, where Sugarland was about to perform, that she could touch it. She was thrilled that she might be able to reach out and graze lead singer, Jennifer Nettles, her idol.

But her proximity to the stage and the severe storm and winds Saturday night are what led to the head injury that put her in critical condition at Methodist Hospital in Indianapolis.

The 30-year-old Pendleton mother was one of more than 40 who were injured when the stage collapsed onto itself and the crowd. Five people died as a result of the disaster.

Vellinga, a 1999 Pendleton Heights graduate, had dreamt of being in the front row to watch her favorite band, and she was finally getting to do it.

After the opening act left the stage, Vellinga and her friends stood around talking and laughing about how close they were to the performers, said Kendra Stock, Vellinga’s best friend since childhood. She was at the concert with her.

Then a man came on stage and informed everyone that a storm was coming, but that the show would go on, she said. If it got dangerous, people would be evacuated.

“He walked off stage, and within seconds, we looked over to the left of the stage and saw a huge dust storm,” said Stock, 30, Pendleton. “It was twirling toward us. The top of the stage, the tarp, started to go up and down and we saw the stage moving.”

One of their friends, Hailey Padgett, 30, Pendleton, screamed: “Oh my god! Run!”

The group of friends scattered, running toward the grandstand and away from the stage. Many other audience members did the same as screams filled the air.

“I looked back and saw it falling on me,” Stock said. “I just made it. It scraped my back and I fell to the ground.”

Stock drew herself up and immediately began looking for her friends. One by one they found each other. But Vellinga was nowhere to be seen.

“I was running back and forth. People were down everywhere. It was a nightmare,” she said. “And then I just stood there, looking for my best friend. She was nowhere.”