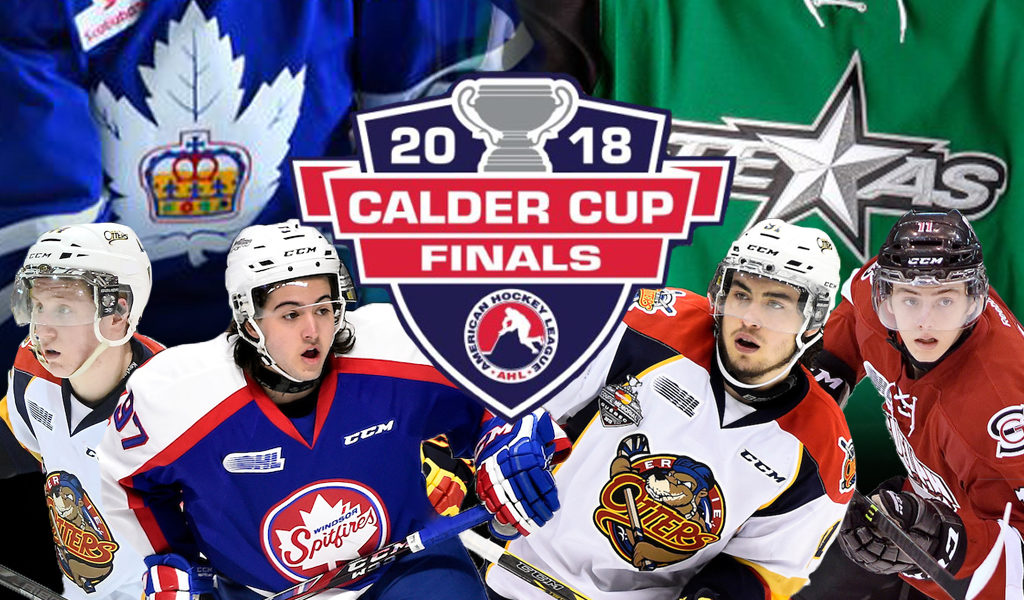 The 2018 Calder Cup Final is set as the Toronto Marlies will meet the Texas Stars beginning Saturday and Sunday for Games 1 and 2 in Toronto. The series will feature 10 OHL graduates.

Led by 2015 OHL Coach of the Year Sheldon Keefe (Sault Ste. Marie Greyhounds),  Toronto earned the MacGregor Kipatrick Trophy as AHL regular season champions, playing to a 54-18-2-2 record, outscoring opponents 254-170. The Marlies are in pursuit of their first Calder Cup title after coming up short when they reached the Final in 2012. They’ve eliminated the Utica Comets (3-2), Syracuse Crunch (4-0) and Lehigh Valley Phantoms (4-0).

The Texas Stars last hoisted the Calder Cup in 2014 and feature a few remaining members of that club on their current playoff roster. They played to a regular season mark of 38-24-8-6 for second in the Pacific Division this past season. Their playoff journey has seen them eliminate the Ontario Reign (3-1), Tucson Roadrunners (4-1) and Rockford IceHogs (4-2).

The Stars boast a trio of past and present OHL players in 2014 OHL champion Jason Dickinson (Guelph Storm), winger Remi Elie (London/Belleville/Erie) and Kingston Frontenacs forward Jason Robertson who hasn’t seen any playoff action in the AHL this spring.

For full coverage of the Calder Cup Final, visit theahl.com.