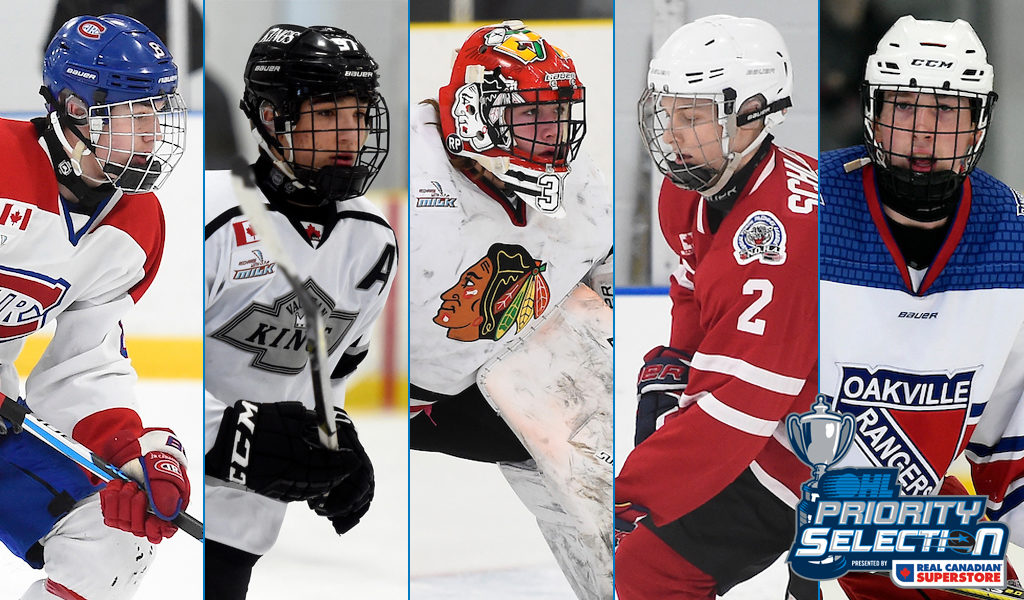 Here’s a look at five top prospects including two forwards, two defencemen and a goaltender eligible for this year’s OHL Priority Selection.

OHL Central Scouting says: Dylan is a big, skilled center that is a presence every time he is on the ice. He is a tall, lengthy skater that has deceiving speed in open ice. He has elite puck skills and is a threat whenever he has the puck on his stick. Dylan has good vision and makes the simple easy play when distributing the puck. He will challenge anyone offensively and isn’t afraid to take it to the dirty areas to create offense for himself or his teammates. He has a high hockey sense and always seems to be in the right spot.

OHL Central Scouting says: Ty is a competitive player that would do almost anything to score a goal or win a hockey game. He is a good skater that can beat defenders wide and win loose puck battles all over the ice. He possesses a junior-level shot already. It’s hard, accurate and he gets it on net very quickly. Tyler competes very hard each shift and isn’t shy to battle against the bigger defender and usually comes out with the puck. He is a ‘gamer’ and the type of player you win with.

OHL Central Scouting says: Pacey is a smooth skating defenceman that is fun to watch when he is at the top of his game. He has a very nice long stride that makes it look effortless for him when he is skating. He makes good breakout passes and when given the opportunity he is very effective at rushing the puck and creating offense off the rush. He is hard to beat due to his excellent mobility and reach. Pacey plays on the right side of the puck in his own end. He has all the potential to be a very good player in the OHL.

OHL Central Scouting says: Zack is a complete defenceman that plays in every situation for his team. He is a powerful skater with good mobility. He is hard to beat as he plays a tight gap all over the ice and is always on the right side of the puck. He is a smart player that understands when to take chances and when to pull back. He has good puck skills and has a heavy, accurate shot from the point that he isn’t afraid to use from anywhere in the offensive zone. Zack competes hard in all three zones.

OHL Central Scouting says: Tristan is one of the top goalies in the GTHL this season. He is a big, technically sound goalie that has very few weaknesses in his game. Every game he plays in he gives his team a chance to win. He is very athletic and moves well in his crease. He moves well laterally and he challenges shooters well. He handles the puck very well and acts like a third defenceman when he gets out to handle the puck. Tristan is mentally strong and is focused from the start of the game.