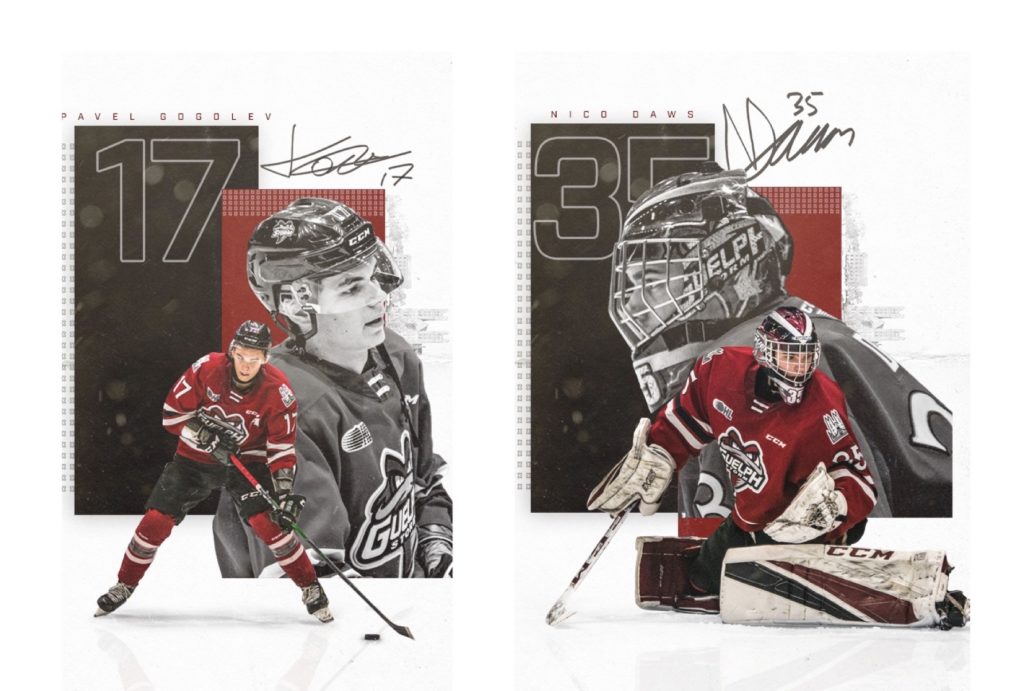 Across the CHL… many teams are lucky to have an official Fan Club or Booster Club. The Guelph Storm is proud to partner with the Storm Trackers each season. This group volunteers their time throughout the season to help out with several Storm events, organizes bus trips to road games to cheer on our players away from the Sleeman Centre, raises thousands of dollars through Fan Club draws at every home game for local charities and participates in Education Awards for our players. Each season, the Storm Trackers run a membership vote to decide the Fan Club Award for the Most Popular Player.

The Fan Club Award for Most Popular Player was first presented in 1995-96 to Andrew Clark and since that year has been awarded to a list of players that includes Joe Gerbe, Daniel Paille, Martin St. Pierre, Ryan Callahan and Robby Fabbri. Cedric Ralph has won it the last two seasons.

This year, there was a tie and the winners are goaltender Nico Daws and forward Pavel Gogolev.