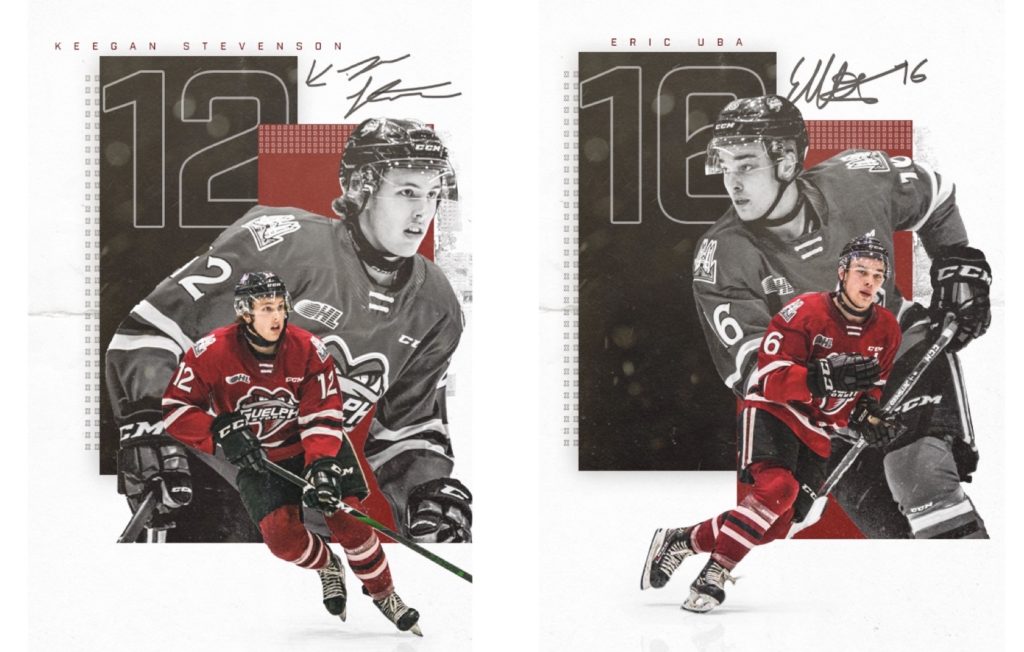 The Fay Scott Memorial Award is named in honour of the late-Fay Scott, wife of former Guelph Storm Trackers President Bill Scott. The Award is presented each season to the player that demonstrates outstanding achievement in academics and community involvement.

This year two players stood out with their work in the community as well as their dedication to their academics.

The winners of the Fay Scott Memorial Award are both third-year players that continue to grow on and off the ice as players and people.  Both players stood out in the area of community involvement, making countless appearances at schools, different youth groups and minor hockey practices throughout the year.  At University, they both also excelled in the classroom.  These players were looked upon as role models in the community and in the classroom.

The winners of the 2019-20 Fay Scott Memorial Award are Keegan Stevenson and Eric Uba.