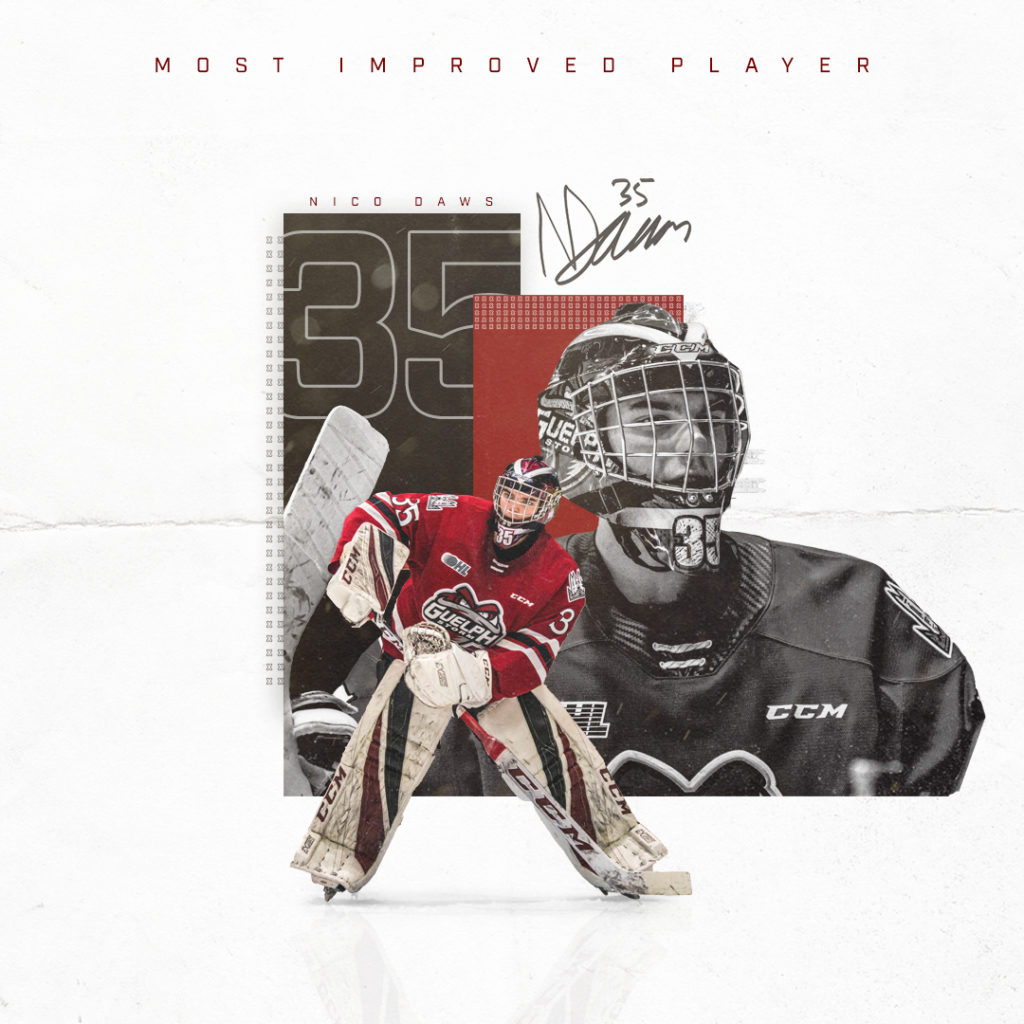 This year’s Most Improved Player has arguably one of the greatest stories in Storm history. Playing back up to Anthony Popovich for two years, he earned the number one position to start the 2019-20 season. Between October 23 – December 6, he had a record of 12-1-0-1 that lifted the Storm to first place in the Midwest Divison at the Christmas break and earned him a spot as Canada’s starting goalie at the World Junior Hockey Championships in the Czech Republic.  Finishing the year atop the league with 5 shutouts and a 0.924 save percentage, his 2.48 goals against average placed third. He is currently ranked 1st overall for all North American Goaltenders at the upcoming NHL draft.

This year’s Most Improved Player is goaltender, Nico Daws.