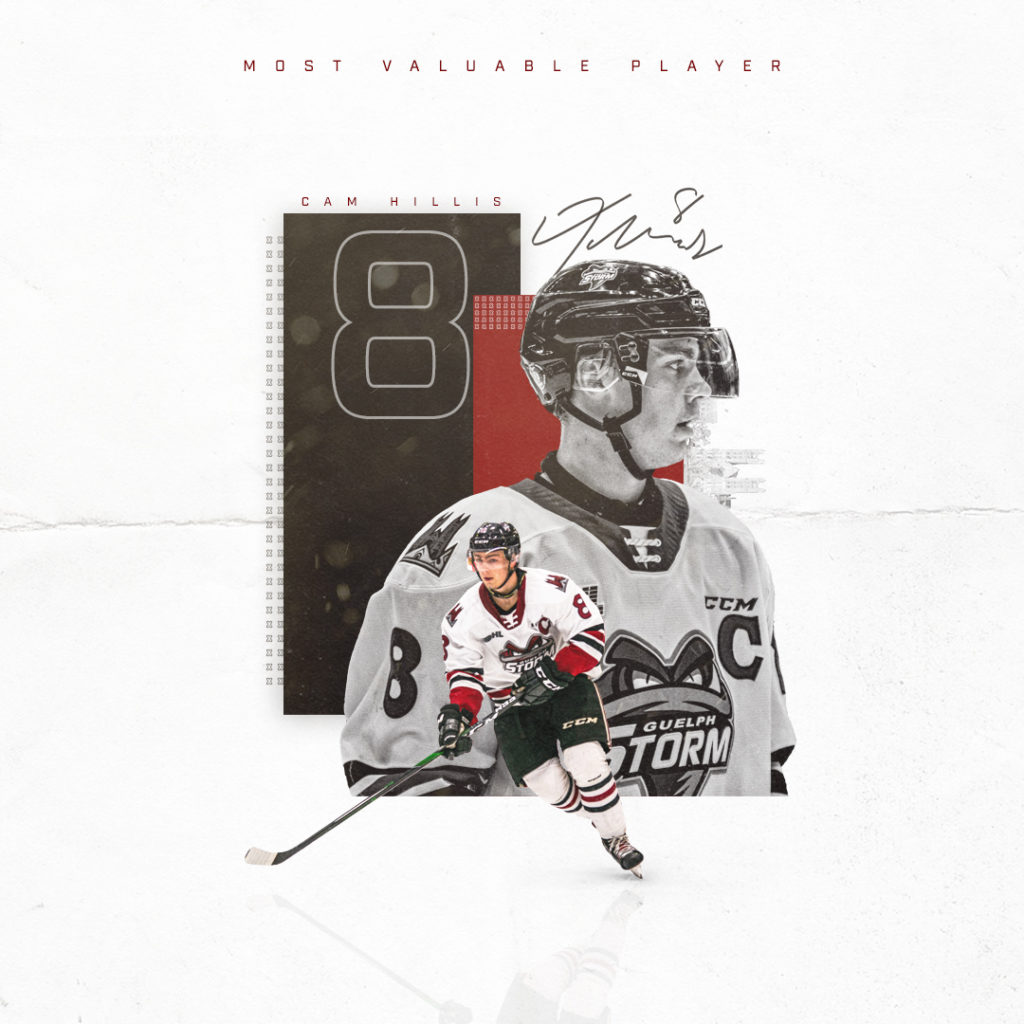 Named for a founding member of Guelph Minor Hockey Association, the Glad Mowatt Most Valuable Player Trophy has been awarded to the top player on Guelph’s junior teams dating back to 1970.  Long before the Storm, winners of the Glad Mowatt MVP included Doug Riseborough, Paul Devorski and the late-Steve Chiasson.  Since the arrival of the Storm to the Royal City in 1991-92, MVPs have included two-time winner and former Storm Assistant General Manager Chris Hajt, netminder Craig Anderson, now with the Ottawa Senators, Dustin Brown, Ryan Callahan, Brock McGinn and last year’s winner Nate Schnarr.

This year’s recipient, bounced right back after an injury riddled 2018-19 campaign with a career high year. Throughout a season of extreme highs and lows, Cam was a consistent and steady presence on and off the ice from game one right through to the early conclusion of the season. Leading a young, often under-estimated rebuilding team in a surprise season, his 2019-20 squad led the Midwestern Division in points before the Christmas break. He worked hard to maintain a culture he himself had learned and valued on a roster that included so many new faces. A culture emphasizing work ethic in every aspect, including the responsibility of being a role model off the ice just as much as he was on it.

Personally recording 83 points (24 goals, 59 assists) in 62 games, this player set career highs in goals and assists surpassing his previous high of 59 points during his rookie season in 2017-18. He was recognized in the annual OHL Coaches Poll, voted third in three categories; the best defensive forward, best on face offs and the best playmaker.