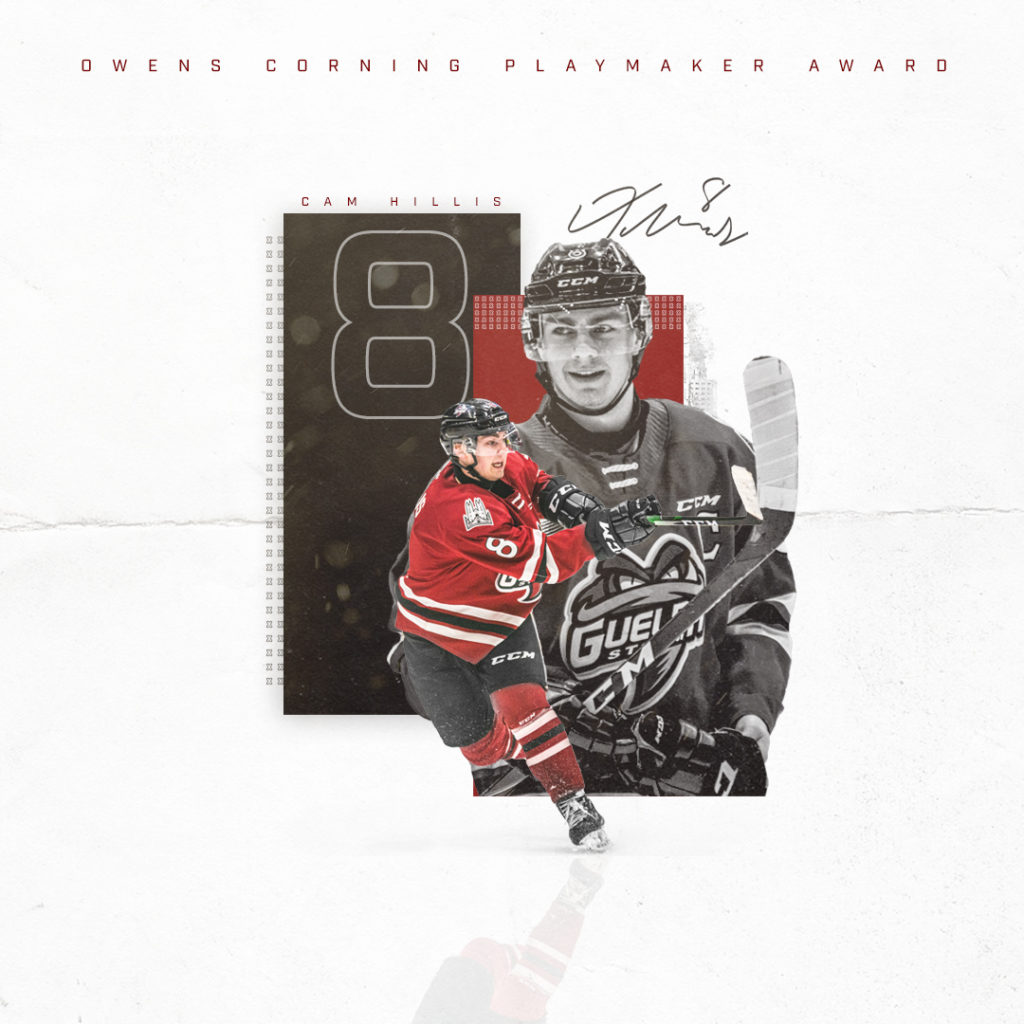 Presented following the 2005-06 season, the Owens Corning Tony Camilleri Memorial “Playmaker Trophy” was donated to the Storm in honour of longtime employee and Storm ambassador at the local plant who passed away during 2005-06 in front of the Guelph Storm box office while purchasing tickets for Owens Corning.

Past winners of the Playmaker Trophy include two-time Olympic Gold Medalist Drew Doughty, OHL Champion Tyler Bertuzzi along with Taylor Beck and Michael Latta, who have both spent time in the NHL. Last year’s winner with 68 assists was #16 Nate Schnarr.