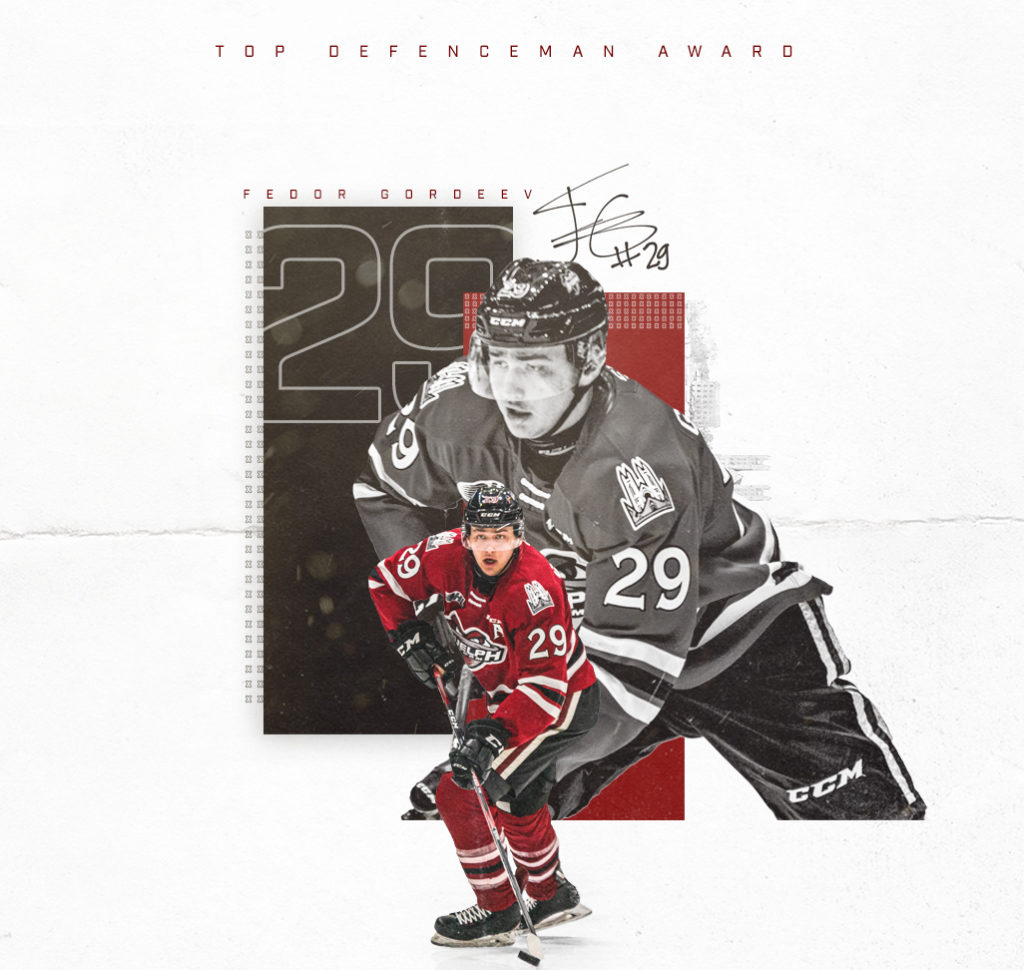 Presented each season to the Storm’s most outstanding blueliner, the Top Defenceman Award has been won by some noteworthy alumni over the team’s 29 seasons.  The list includes former NHLers Kevin Dallman, Ryan Parent and Kevin Klein along with current NHLer Drew Doughty.  Last year Dmitri Samorukov was the recipient of the award.

The winner of this year’s Top Defenceman Award has played over 100 games in a Storm uniform. Drafted by the Bulldogs 59th overall in the 2015 OHL Priority Selection, he was acquired by the Storm at the trade deadline in 2018-19. The backbone of the Storm’s defence this season this year’s recipient registered 4 goals and 28 assists for 32 points.