2019-20 Wellington Motors Rookie of the Year 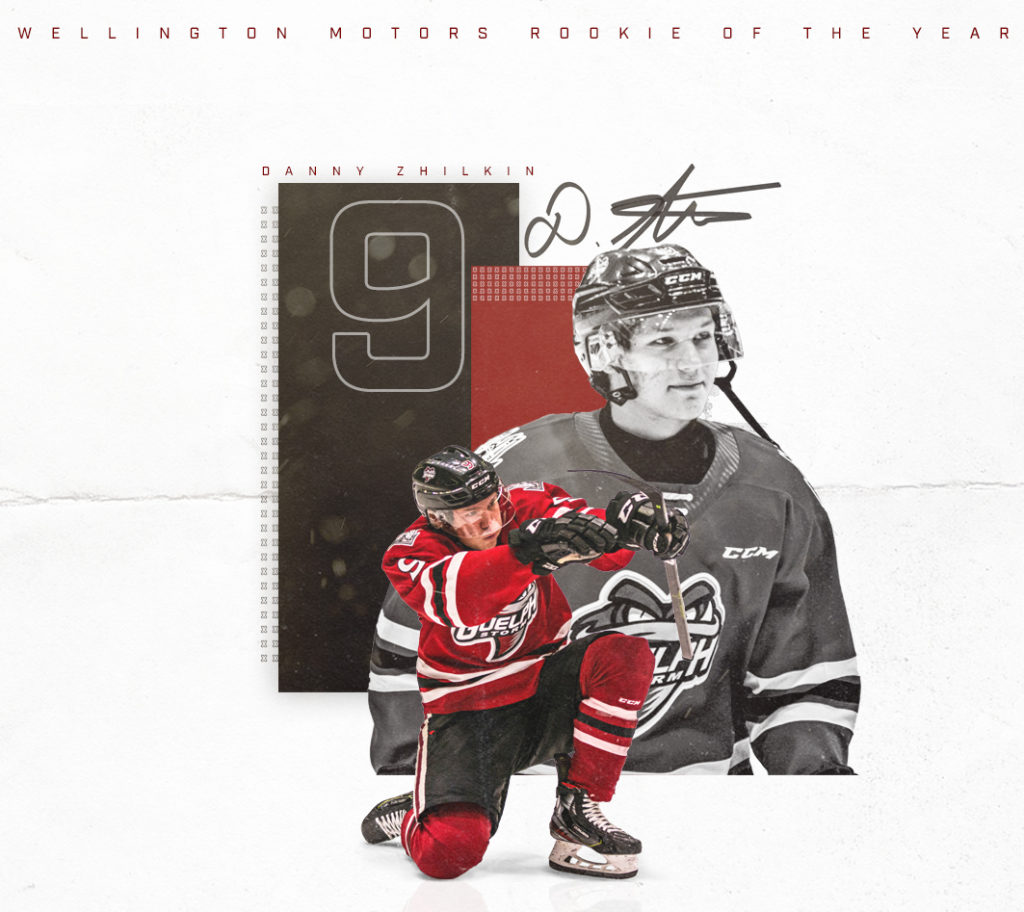 Perhaps more than any other award, the Wellington Motors Rookie of the Year Award is often a sign of great things to come for the winner. First awarded in the Storm’s inaugural 1991-92 season, 16 different players that earned Rookie of the Year honours in the team’s first 17 seasons went on to play in the NHL. This list includes Jeff O’Neill, Manny Malhotra, Fedor Tyutin, Ryan Callahan, Drew Doughty and Peter Holland. Last year’s recipient was Daniil Chayka.

The winner of this year’s Rookie of the Year Award was drafted 14th overall by the Storm in the 2019 OHL Priority Selection, he scored his first OHL goal on his first shift with his first shot in his first game. The 16 year old registered 7 goals and 8 assists for 15 points in his first ever season in the Ontario Hockey League.