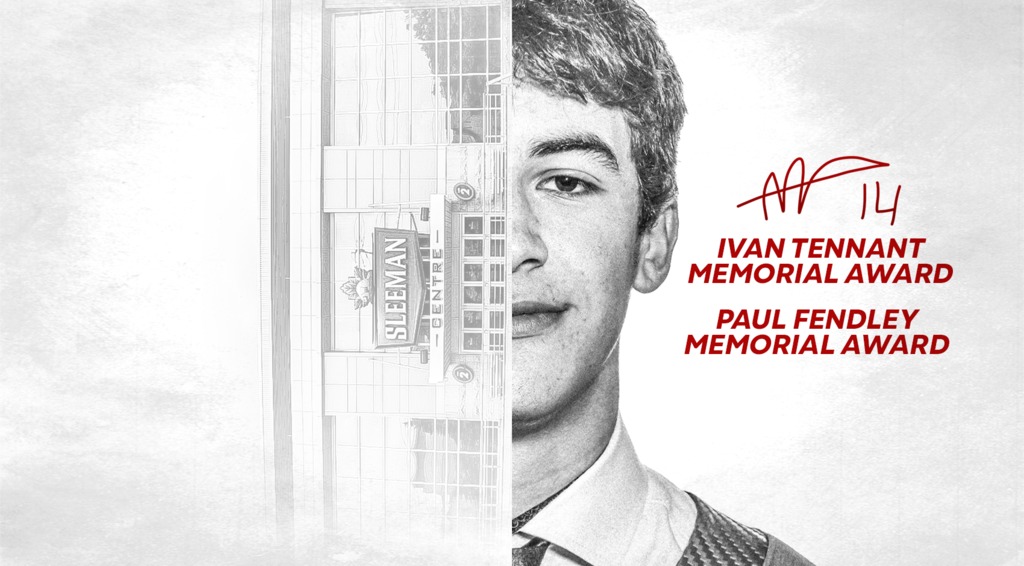 The Ivan Tennant Memorial Award is awarded annually to the top academic high school player in the Ontario Hockey League. It is named in honour of the late Ivan Tennant, a former education consultant for the Kitchener Rangers who worked to develop the academic standards for the entire league during twenty years of service. The award was first given out in 2005.

Matt has been an exemplary student, maintaining a 95.25% average, placing him in the top 5% of his graduating class. This is an incredible accomplishment and is all the more impressive when considering the demanding Ontario Hockey League schedule Matt has maintained this year.

The Paul Fendley Memorial Scholastic Player of the Year award is named for the late Paul Fendley, a member of the Guelph CMC’s who died May 8, 1972, seventy-three hours after striking his head on the ice during the final and clinching game of the Centennial Cup. The winner of this award automatically becomes a member of the OHL Scholastic Team of the Year as the Storm’s nominee for the OHL’s Bobby Smith Trophy. The league’s trophy honours the former Ottawa 67’s star and is symbolic of the high standard of excellence that he displayed on the ice, as well as in the classroom, during his outstanding junior career.