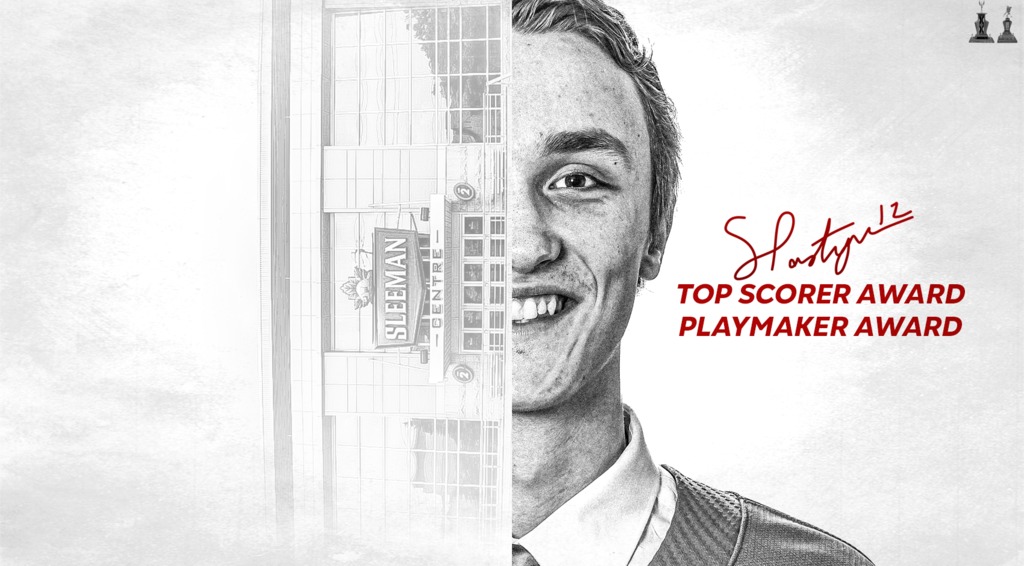 This year’s recipient of the Top Scorer Award and the Tony Camilleri Memorial “Playmaker Trophy” is Sasha Pastujov. Congratulations Sasha!

With 76 points in 65 games, including 34 goals and 42 assists this season, forward Sasha Pastujov is this year’s recipient of our Tony Camilleri Memorial “Playmaker Trophy” and our Top Scorer Award.