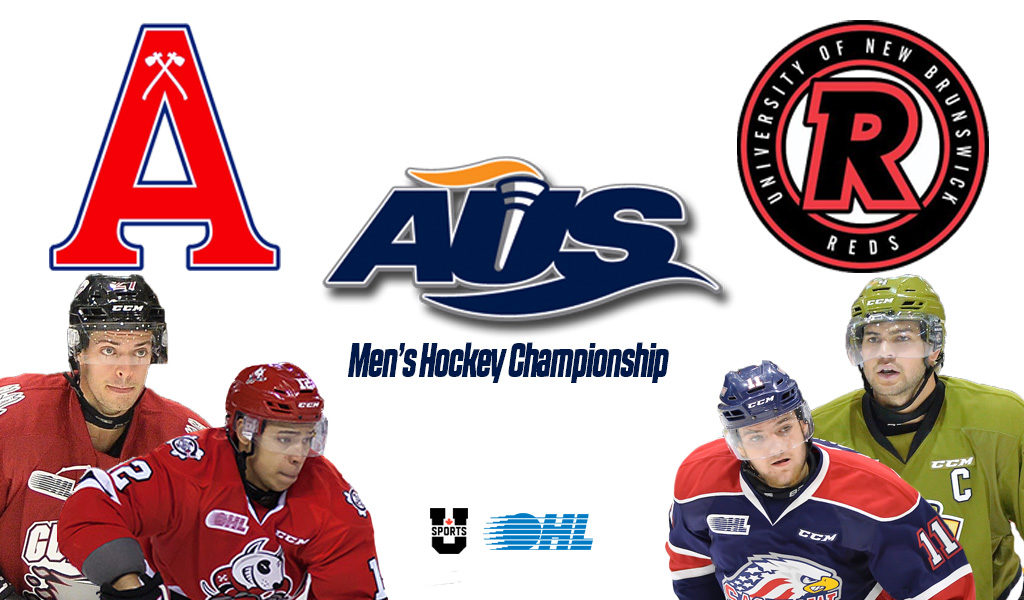 The deciding game of the Atlantic University Sport Finals is set for Friday, March 6th between the University of New Brunswick Reds and the Acadia Axemen, with 21 former OHL players taking part.

The Reds swept the Moncton Aigles Bleus in the best-of-five semifinals, while the Axemen defeated the Saint Mary’s Huskies in three straight games. The Axemen would go on to take game one of the AUS Finals by a score of 3-1 with goals from DiGiacinto and MacDonald. Game two saw UNB blank Acadia 6-0 to force the tie breaker.

UNB will be playing for its third straight championship tonight, looking to continue an impressive stretch of six titles in the past nine years. Acadia last captured AUS Men’s Hockey supremacy in 2014.