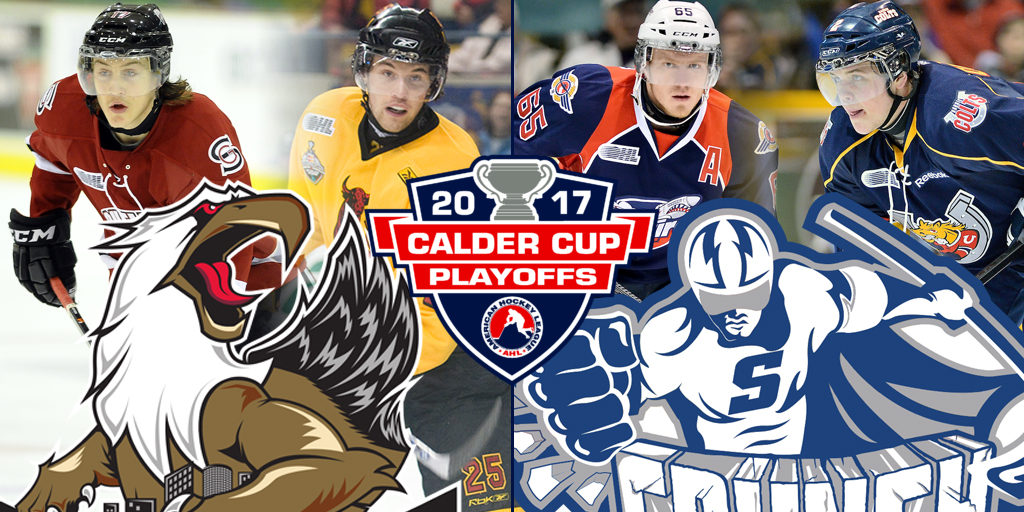 A total of 22 OHL graduates, 10 from the Grand Rapids Griffins and 12 from the Syracuse Crunch, will battle in the 2017 Calder Cup Finals of the AHL Playoffs.

The series is a rematch of the 2013 AHL Final that saw Grand Rapids skate to a 4-2 series victory and hoist the Calder Cup for the first time.

The AHL affiliate of the Detroit Red Wings, the Western Conference champion Griffins advanced to the AHL Final with a 4-1 series victory over the San Jose Barracuda. Belleville Bulls graduate Eric Tangradi is tied for the Grand Rapids lead in playoff scoring with 15 points (2-13–15) while former OHL champion and Guelph Storm forward Tyler Bertuzzi has also been impressive with 13 points (6-7–13).

The AHL affiliate of the Tampa Bay Lightning, the Western Conference champion Syracuse Crunch are in the hunt for the first Calder Cup title in the team’s 23-year existence. Syracuse got past the Providence Bruins with a 4-1 series win to advance to the a showdown with Grand Rapids. Syracuse has a prominent OHL presence on the blue line with regulars in Windsor Spitfires grad Slater Koekkoek, Barrie Colts grad Jake Dotchin and Peterborough Petes graduate Dominik Masin patrolling the back end.

The series features a total of seven players included on playoff rosters that skated in the OHL this past season.

A total of 109 OHL graduates were on rosters to begin the 2017 Calder Cup Playoffs back on April 20th.