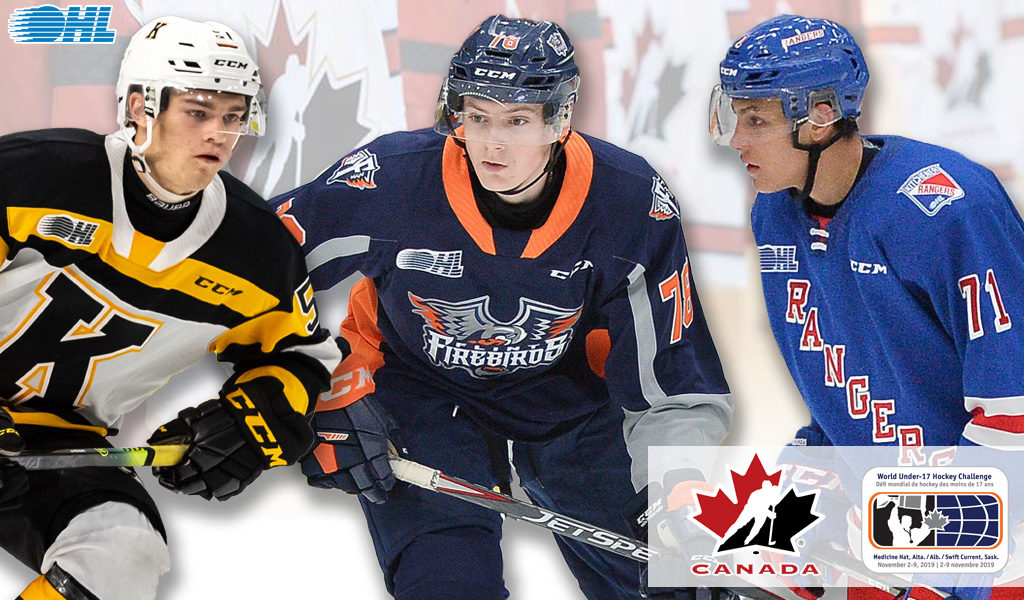 CALGARY, Alta. – Hockey Canada announced Wednesday the 24 OHL players selected to represent Canada at the 2019 World Under-17 Hockey Challenge, set for Nov. 2-9 in Medicine Hat, Alta., and Swift Current, Sask. Storm rookie Danny Zhilkin is among the 18 forwards that will take part.

A grand total of 66 players will be divided into three teams – Team Canada Black, Team Canada Red and Team Canada White – and will compete against the Czech Republic, Finland, Russia, Sweden and the United States in their quest for a gold medal.

The 24 OHL players selected by Hockey Canada consist of 18 forwards, five defencemen and one goaltender. The figure includes a total of 18 players chosen in the first round of the 2019 OHL Priority Selection.

Each of the OHL’s 20 member teams are represented on the list led by the Flint Firebirds, Owen Sound Attack, Peterborough Petes and Sudbury Wolves each with two players selected.

“After a successful development camp with the top young players in the country, there were many difficult decisions made to select the 66 players that will compete at this year’s World Under-17 Hockey Challenge,” said McEwen. “We feel this group exemplifies the values of the Program of Excellence and will represent Canada with pride as we compete for a gold medal this November.”

The tournament opens with all three Canadian teams in action Saturday, Nov. 2 at 7 p.m. MT; Team Canada Red takes on Russia at the Innovation Credit Union iPlex in Swift Current and Team Canada Black faces off against Team Canada White at the Canalta Centre in Medicine Hat.

TSN and RDS, the official broadcast partners of Hockey Canada, will air the semifinal in Medicine Hat on Friday, Nov. 8, as well as the bronze and gold medal games on Saturday, Nov. 9; please check local listings for details. Media accreditation for the 2019 World Under-17 Hockey Challenge can be requested online.

Prior to the start of play, the teams will take to the ice for pre-tournament games Thursday, Oct. 31 at 7 p.m. MT. Team Canada Black will match up against Finland at the Crescent Point Wickenheiser Centre in Shaunavon, Sask., Sweden will play the Czech Republic at the Centennial Regional Arena in Brooks, Alta., Team Canada White will face off against Russia at the Innovation Credit Union iPlex in Swift Current and Team Canada Red will meet the United States at the Canalta Centre in Medicine Hat.

After a successful ticket launch, event organizers have announced that single-game tickets will be available for purchase starting at $10 for youth and $15 for adults on Oct. 16, and can be purchased online at HockeyCanada.ca/Tickets.

Medicine Hat and Swift Current will receive the net proceeds from all ticket sales as a legacy of the event to support grassroots hockey within their communities. Additionally, recent editions of the World Under-17 Hockey Challenge have resulted in as much as $6 million in economic impact within the host communities.