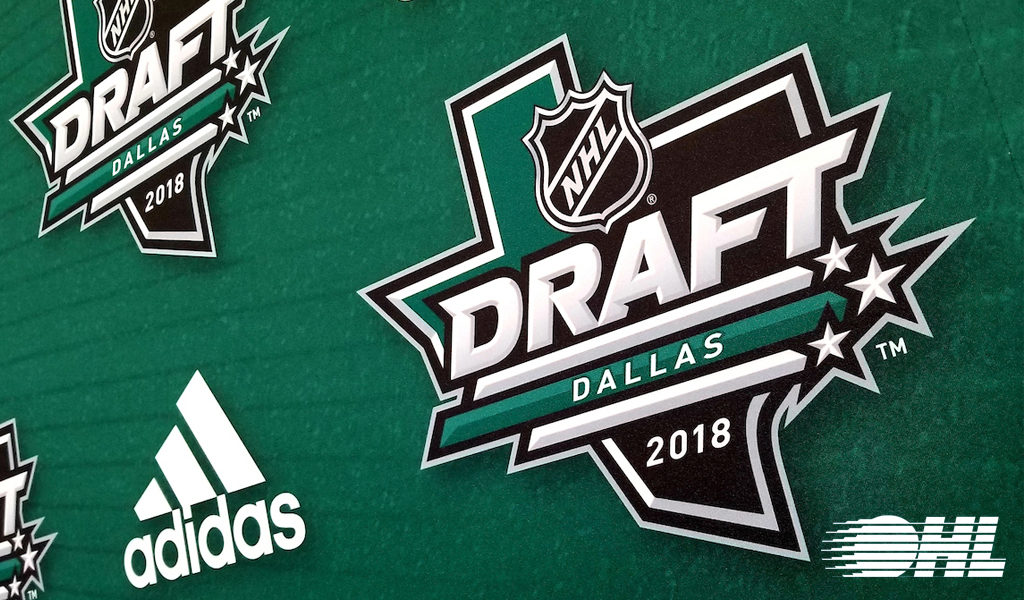 Dallas, TX – The Ontario Hockey League today announced that 35 OHL players were selected in the seven rounds of the 2018 NHL Draft held this weekend at American Airlines Center representing over 16% of all 217 players picked by all 31 NHL clubs.

The 35 OHL players includes seven selected in the first round with three picks in the top-10 led by Andrei Svechnikov of the Barrie Colts chosen second overall by the Carolina Hurricanes.  The draft’s second round featured six OHL players bringing the league’s opening two-round total to 13 which represents 20% of the top-62 picks.

By position, a total of 118 forwards were selected (19 OHL), 70 defencemen (14 OHL), and 29 goaltenders (2 OHL).  The league produced two of the first five forwards chosen with Svechnikov the top player at his position, followed by Barrett Hayton of the Sault Ste. Marie Greyhounds chosen fifth overall by the Arizona Coyotes.  On defence, the OHL helped fuel a record number of blue liners chosen in the draft’s opening round providing three of the 14 picks including two of the first seven beginning with Evan Bouchard of the London Knights going 10th overall to the Edmonton Oilers, followed by Ryan Merkley of the Guelph Storm taken 21st overall by the San Jose Sharks.  Jacob Ingham of the Mississauga Steelheads was the first OHL goaltender chosen 175th overall by the Los Angeles Kings.

20 of the 31 NHL teams selected at least one OHL player with the host Dallas Stars and Toronto Maple Leafs tying for the most with four each.  The Arizona Coyotes and Los Angeles Kings each chose three OHL players, while the Edmonton Oilers, Montreal Canadiens, New York Rangers, Vegas Golden Knights, and Winnipeg Jets each selected two.

For full results from the 2018 NHL Draft visit www.nhl.com.