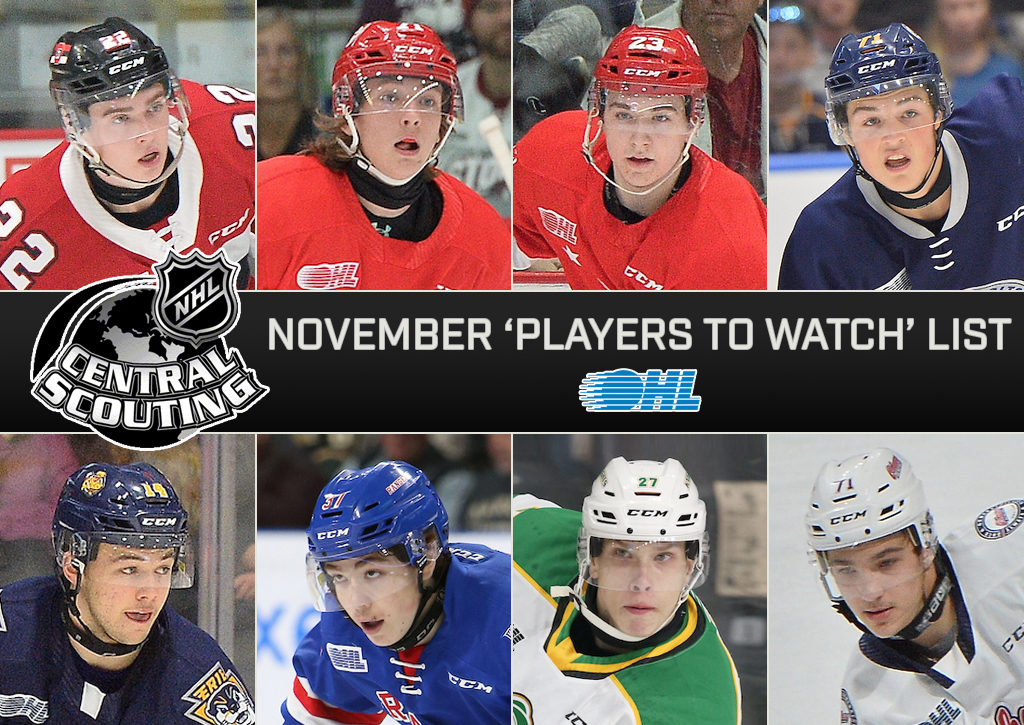 Toronto, Ont. – The Ontario Hockey League is proud to announce that 44 OHL players have been included on NHL Central Scouting’s November ‘Players to Watch’ List for the 2020 NHL Draft that takes place June 26-27 at the Bell Centre in Montreal, QC.

A total of 18 OHL member teams are represented on the list led by the Soo Greyhounds and Windsor Spitfires with five players each. The Erie Otters, Guelph Storm and London Knights follow close behind with four respectively.

Players have been identified using the following criteria: