The Guelph Storm are proud to announce that they will host their 4th annual ‘PEVS PROTECTS Night’ presented by Linamar on Friday, February 15, 2019, when the Storm take on divisional rivals, the Kitchener Rangers at 7:30 pm at the Sleeman Centre. The first 1,000 fans in attendance will receive a special Pevs Protects T-shirt.

On February 15, volunteers will be on hand at Gate 6 collecting donations in support of PEVS PROTECTS and the Heart and Stroke Foundation. Information tables and a CPR and AED demonstration area will also be a part of the game night.

The chuck-a-puck fundraiser will be held during the second intermission, prizes include signed authentic autographed NHL jerseys from Jamie Benn (Dallas Stars), Tyler Seguin (Dallas Stars) and a Danby beverage fridge. A silent auction will also be held giving fans the chance to bid on a one of kind PEVS PROTECTS decaled helmet created by RPM designs and game worn by Anthony Popovich on Friday and a Guelph Storm/Pevs Protects Muskoka chair donated by RPM Designs. The silent auction will take place at Gate #6 until the second intermission. 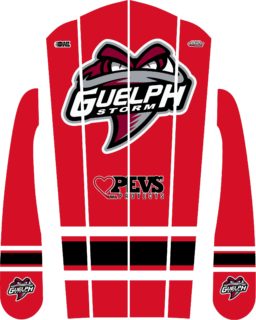 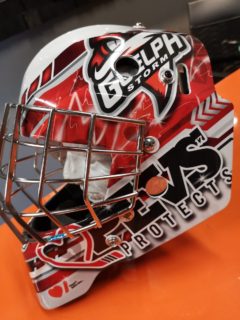