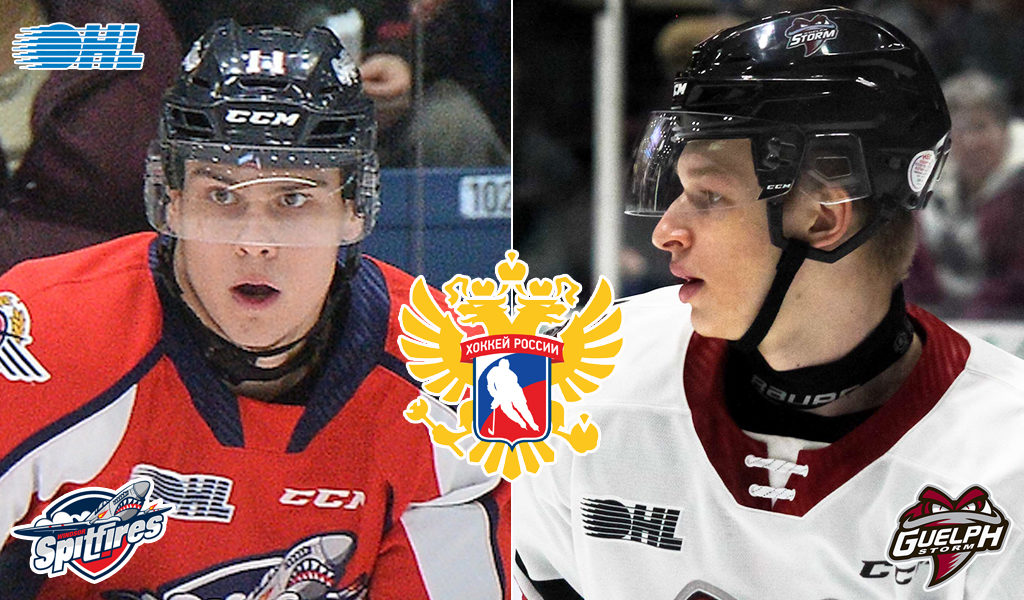 Both players recently helped Russia win the 2020 Karjala Cup that was held in Helsinki, Finland.

Winning has followed Chayka, who hoisted the J. Ross Robertson Cup as a Storm rookie in 2019. He also won gold with Russia internationally at both the 2018 World Under-17 Hockey Challenge and the 2019 Hlinka Gretzky Cup. Prior to his time in the OHL, Chayka was an OHL Cup champion with the Toronto Jr. Canadiens U16 club.

Chayka, who as assigned an ‘A’ rating on NHL Central Scouting’s Preliminary Players to Watch List, has been on temporary transfer to Russia’s CSKA Moscow program since the start of the season.

Among the younger players invited to Russia’s camp, Chayka is joined by Windsor Spitfires forward and Nashville Predators prospect Egor Afanasyev who posted 31 goals, 36 assists and 67 points in 62 games with the Spits last season. Afanasyev, who signed an entry-level NHL contract with the Predators in October, was transferred to the CSKA Moscow program by Nashville where he has split time between the KHL and Russian junior ranks.

Also hailing from Moscow, the 19-year-old Afanasyev is eligible to return to the Spitfires for the 2020-21 season.

The Russian camp will commence on November 29th in Novogorsk. The team will travel to Edmonton on December 13 in preparation for pre-tournament matchups against Slovakia and Canada. The Russians hit the ice against the United States for their first IIHF World Junior Hockey Championship action on December 26.

Russia claimed silver at last year’s World Juniors in the Czech Republic, falling to Canada by a score of 4-3 in the Gold Medal Game.