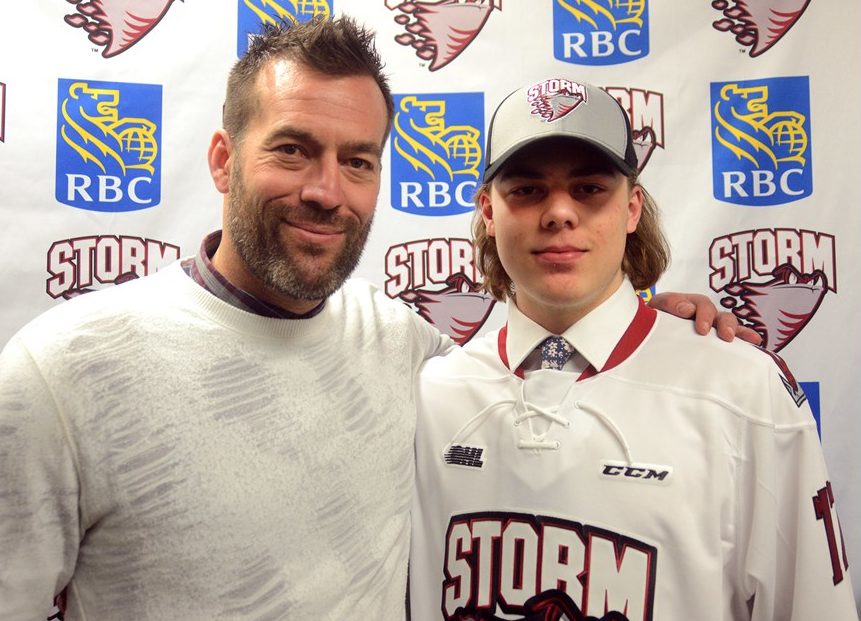 It might be a familiar name on the back of the jersey, but it’s a unique individual wearing it.

Tag Bertuzzi landed in Guelph this week as the Storm opened its training camp.

“Growing up it was kind of hard, you’d always get chirped because of the last name,” admits Tag, 16, who grew up just outside Detroit and played his minor hockey with the Oakland Grizzlies organization.

“But at the same time it’s kind of cool to say your dad and your cousin both play in the NHL. You have to carry your name to a higher regard. People are going to try and mess with you, but you just have to disregard everything, be your own person and not let it get to you or get too frustrated with it.”

Different on the ice and off the ice, says his dad Todd.

“He doesn’t take things the way I would have taken things and I’m proud of him for that,” says his father. “He’s a different kid. He handles situations very well.”

The difference between the two extends on the ice.

“I’m probably a bit more skilled, he was more of a brute force kind of player,” Tag says of his dad, who played over 1,200 games in the NHL.