Burnett’s back in Guelph 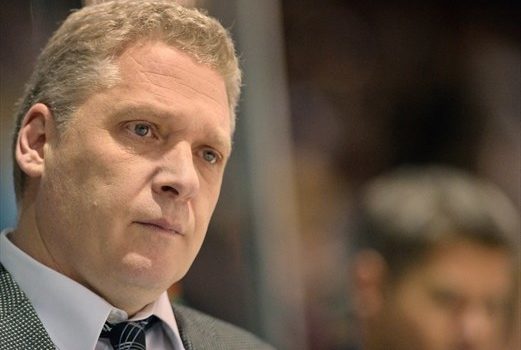 A break did George Burnett good.

The former Hamilton Bulldogs head coach and general manager said stepping out from behind the bench last season gave him an opportunity to sit back and reflect on the game and business of hockey.

“You get a chance to have a much different perspective when you’re sitting back and watching,” he said.

At the same time, though, he’s pretty happy to be back.

After being appointed by the OHL to manage the facelift in troubled Flint, the 55-year-old from Port Perry moved to Guelph, where he is again doing double duty as head coach and GM. And again, he has his work cut out for him.

A year ago, the Storm, which hosts the Bulldogs Friday, had the worst record in the Western Conference and the second-worst in the league. It was dead last in the loop the year before that.

With Burnett at the helm, the goal in Guelph is simple: forward motion.

“We’re going to have some tough nights, but we’re anxious to do the things that are necessary to show progress,” he said.

One of the areas in which Burnett, who oversaw the Bulldogs during their inaugural campaign in Hamilton, sees the greatest potential in his young Storm squad is on offence. Despite a not-so-great 3-5-0-1 start, the team has nonetheless put up five or more goals a few times already this season and, in Ryan Merkley, has one of the league’s top offensive defencemen at its disposal.

“I think we have the ability to score,” he added. “It’s been inconsistent in the past and we’re trying to develop a little more consistency in that area.”