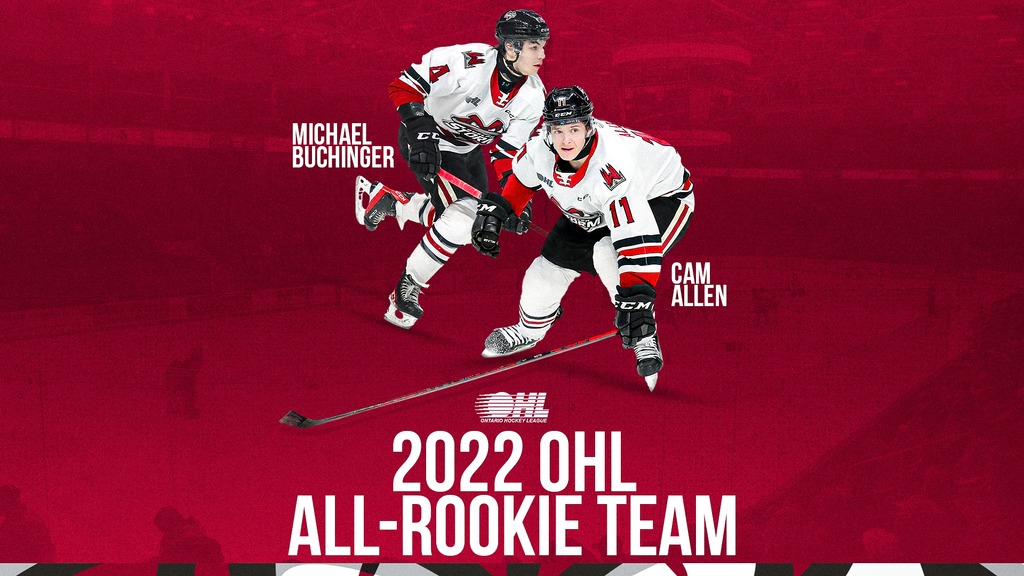 Toronto, Ont. – The Ontario Hockey League today announced the first, second and third all-star team selections, in addition to the first and second all-rookie team designations for the 2021-22 season.

OHL all-star and all-rookie teams were selected by the OHL’s General Managers, with voting conducted in two stages beginning with a Conference ballot followed by a final ballot that integrated the top selections from both the Eastern and Western Conference results.

A total of 16 of the League’s 20 member teams are represented on this year’s all-star and all-rookie team selections, with the Hamilton Spectator Trophy recipient Hamilton Bulldogs leading the way with five, all named to all-star teams. The Flint Firebirds trail with four representatives while the North Bay Battalion and Soo Greyhounds each feature three.

Representatives with major positional awards in brackets are default first team members, all other designations are determined by votes cast by OHL General Managers