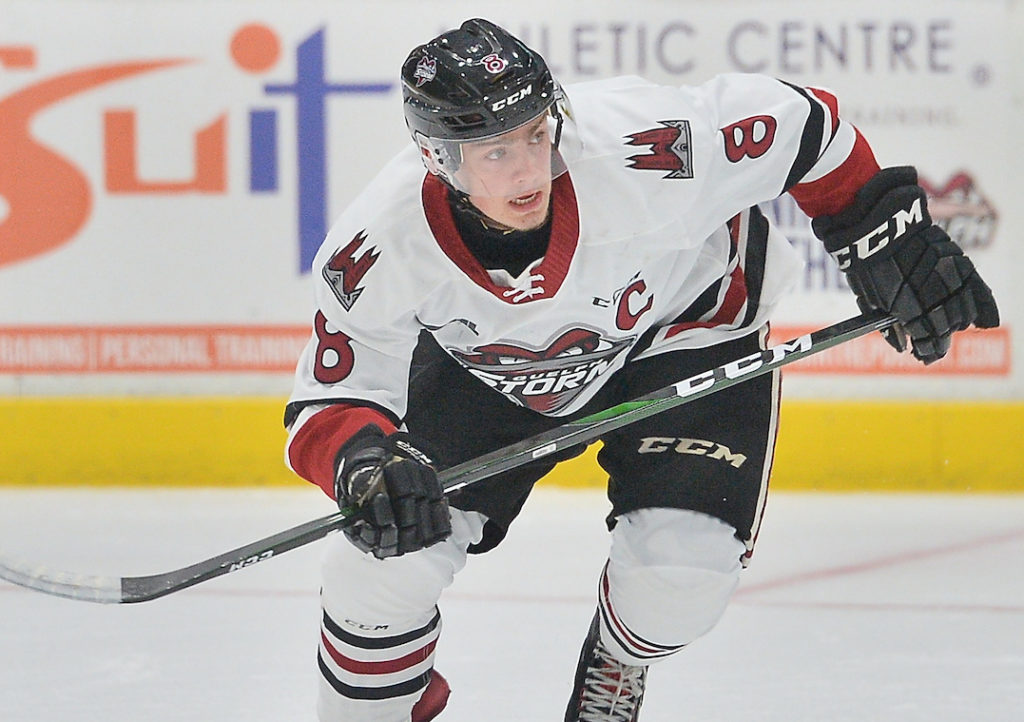 Named captain of the OHL’s Guelph Storm for the 2019-20 season, Hillis had a great partnership with the team’s top scorer, Pavel Gogolev. After a rough draft-plus-one season in which he played just 33 games and recorded 22 points, the centreman blew past the point-per-game mark with 83 in 62 games. His 59 assists ranked seventh in the Ontario Hockey League.

To go with his offensive game, he also has a strong defensive presence, ranking third in the 2019-20 OHL’s Coaches Poll in that aspect, as well as faceoff ability. That complete game will serve him well as he joins the Laval Rocket next season, and likely a deciding factor in signing Hillis ahead of some of the other CHL forwards selected in 2018.