Chayka and Steklov representing Russia at World Junior A Challenge 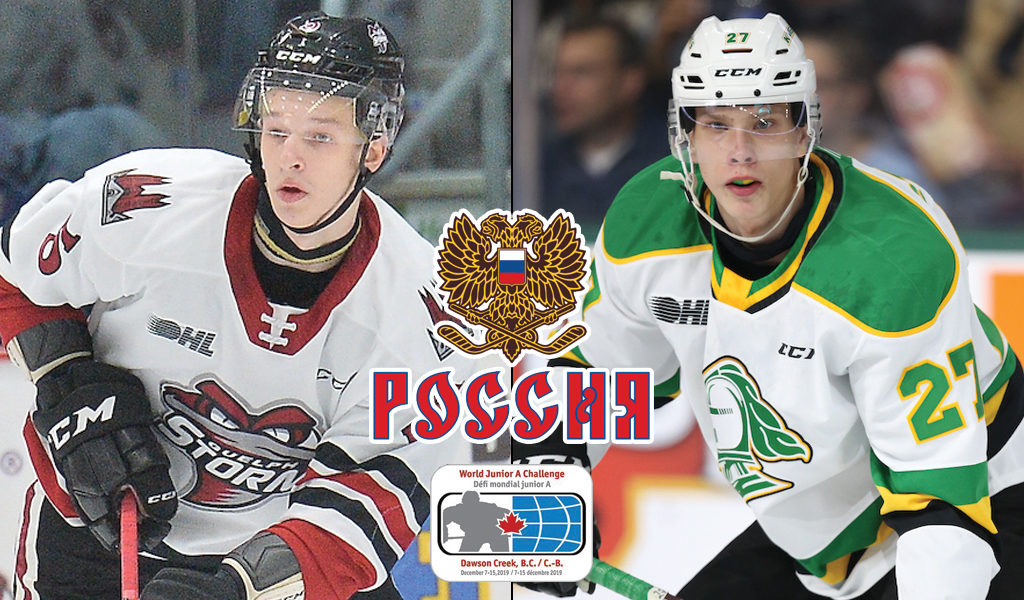 A pair of OHL defencemen are representing their native Russia at the 2019 World Junior A Challenge taking place in Dawson Creek, BC from December 7-15.

London Knights blueliner Kirill Steklov and Guelph Storm rearguard Daniil Chayka are both headed west to compete in the annual tournament that begins on Saturday.

A 6-foot-4, 185Ib. native of Tallinn, Estonia, Steklov was selected by the Knights with the 56th overall pick of the 2019 CHL Import Draft. The draft eligible defenceman has four points (1-3–4) through 24 games this season. Steklov won a Hlinka Gretzky Cup gold medal with Russia this past summer.

Second-year Guelph Storm blueliner Daniil Chayka is having a solid season with the defending champions, registering 17 points (7-10–17) over 24 games. The 6-foot-3, 179Ib. Moscow, Russia native was the selected by the Storm with the seventh overall pick of the 2018 OHL Priority Selection after he won an OHL Cup title with the GTHL’s Toronto Jr. Canadiens. In addition to his OHL Cup and OHL championships, Chayka has had success on the world stage, winning gold at both the World Under-17 Hockey Challenge as well as the Hlinka Gretzky Cup.

Russia took home silver in last year’s World Junior A Challenge, doing so for the third time in the past six years.

For full coverage of the 2019 World Junior A Challenge, visit hockeycanada.ca.