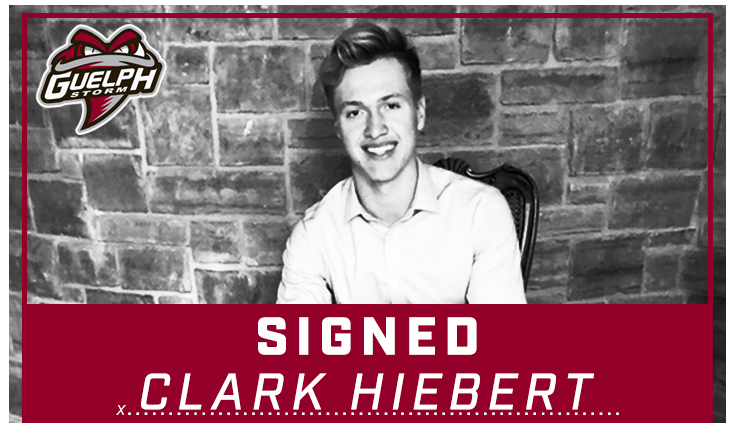 “Clark has shown an impressive amount of determination in earning his opportunity in the OHL,” said Burnett.  “He had a terrific year of development with Burlington last season and will bring an effective all-around presence to our blue line.”

“It’s an amazing feeling to commit to the Storm.  I’m excited and thankful for the opportunity to be part of such a first-class organization,” said Hiebert.  “It’s been a goal of mine to play at the next level and I wouldn’t be in this position if it weren’t for my family, coaches and teammates helping me along the way.”

In March, Hiebert was selected as a 1st team All-Prospect for the Ontario Junior Hockey League (OJHL). The OJHL All-Prospect Team is comprised of 2001 and 2002 birth-year prospects and is selected by the OJHL general managers, as well as an awards committee comprised of one media member in each OJHL market.

Hiebert is scheduled to attend the Storm’s 2019 Training Camp that is set to begin late August.