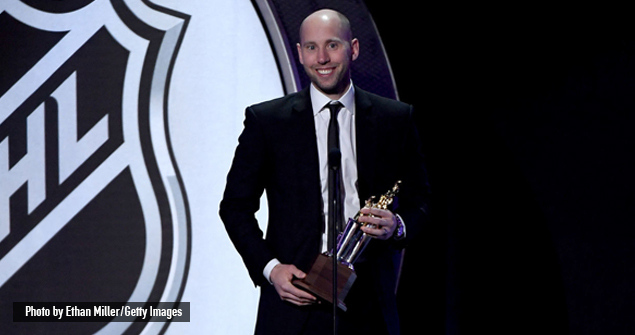 Goalie Craig Anderson of the Ottawa Senators received the Masterton Trophy at the 2017 NHL Awards and NHL Expansion Draft presented by T-Mobile in Las Vegas on Wednesday.

The award is given to the player who exemplifies the qualities of perseverance, sportsmanship and dedication to hockey. The other finalists were Anaheim Ducks forward Andrew Cogliano and Carolina Hurricanes forward Derek Ryan.

Anderson, 36, was 25-11-4 with a 2.28 goals-against average, a .926 save percentage and five shutouts in 40 games this season. He had to take several leaves of absence to be with his wife, Nicholle, who was diagnosed with nasopharyngeal carcinoma, a rare form of throat cancer, in October.