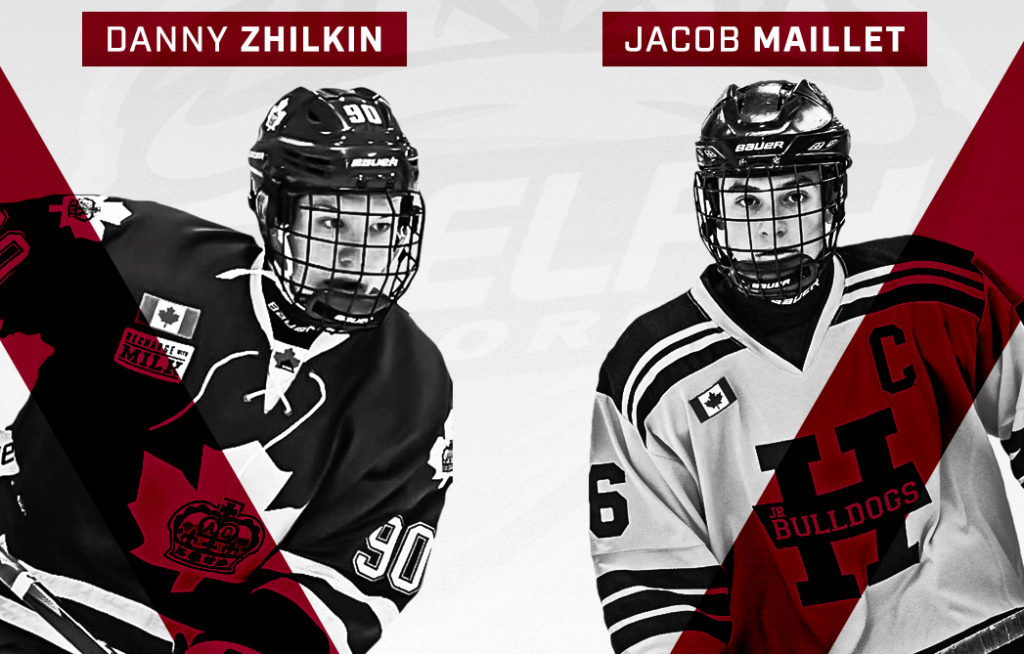 GUELPH, ON. – Hockey Canada has invited 112 players including 46 OHL prospects to Calgary to participate in Canada’s national under-17 development camp, taking place July 19-26 at the Markin MacPhail Centre at WinSport’s Canada Olympic Park. Storm prospects Danny Zhilkin and Jacob Maillet  are among the 46 to participate.

Zhilkin, a 6’1”, 185 lb forward originally from Moscow, Russia, was the Storm’s first round pick (14th overall) in the 2019 OHL Priority Selection. After his family relocated to Canada when he was six years old, Zhilkin spent the 2018-19 season with the Toronto Marlboros Minor Midget AAA program, posting 53 points (29 goals, 24 assists) in 63 games.  At the season-ending OHL Cup tournament, Zhilkin tallied two assists in four games.

In February, Zhilkin suited up for Team Ontario at the Canada Winter Games in Red Deer, Alberta.  Recording four points in six games (2G, 2A), the 15 year old helped his team take home a silver medal falling to Team Quebec in Overtime.

Both players signed with the Storm in April.

During the week-long camp, the players – 12 goaltenders, 36 defencemen and 64 forwards – will be split into six teams for on- and off-ice training, fitness testing, intrasquad games and classroom studies.

“The national under-17 development camp is the first step these athletes take in their Team Canada career,” said Shawn Bullock, director of men’s national teams. “Ultimately, these players will learn what it takes to wear the Maple Leaf in international competition. We are here to support their development by providing the on- and off-ice experiences they need to achieve the dream of representing their country.”

Following camp, players will be monitored through the early weeks of the 2019-20 season before 66 are named to one of three Canadian teams – Team Canada Black, Team Canada Red and Team Canada White – competing at the 2019 World Under-17 Hockey Challenge, scheduled for Nov. 2-9 in Medicine Hat, Alta., and Swift Current, Sask.

Media accreditation for the Team Canada Summer Showcase, which includes Canada’s national under-17 development camp, can be requested online. The full camp schedule is available on HockeyCanada.ca.