Daws named Goaltender of the Year 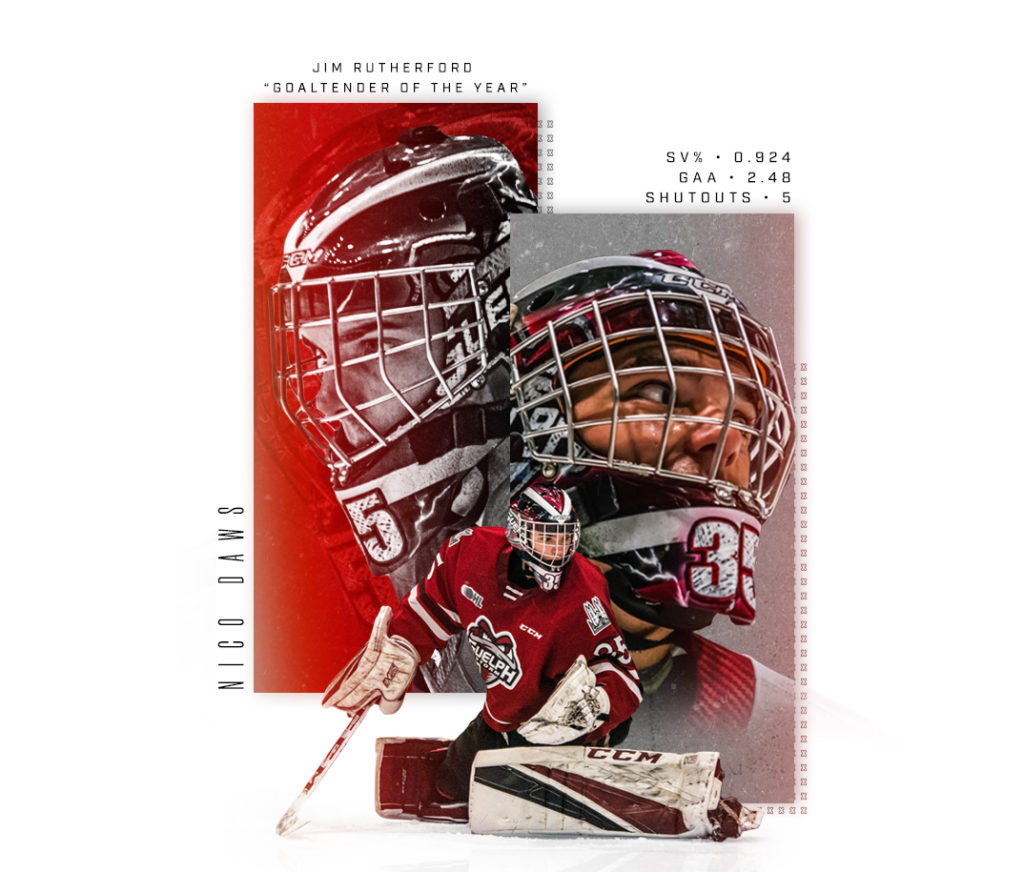 On Tuesday Daws, 19, was named the inaugural winner of the Jim Rutherford Trophy as the OHL’s Goaltender of the Year.

The third-year netminder was recognized with three star of the game honours on 15 different occasions, including eight first star selections. He is NHL Central Scouting’s top-ranked North American goaltender for the upcoming NHL draft.