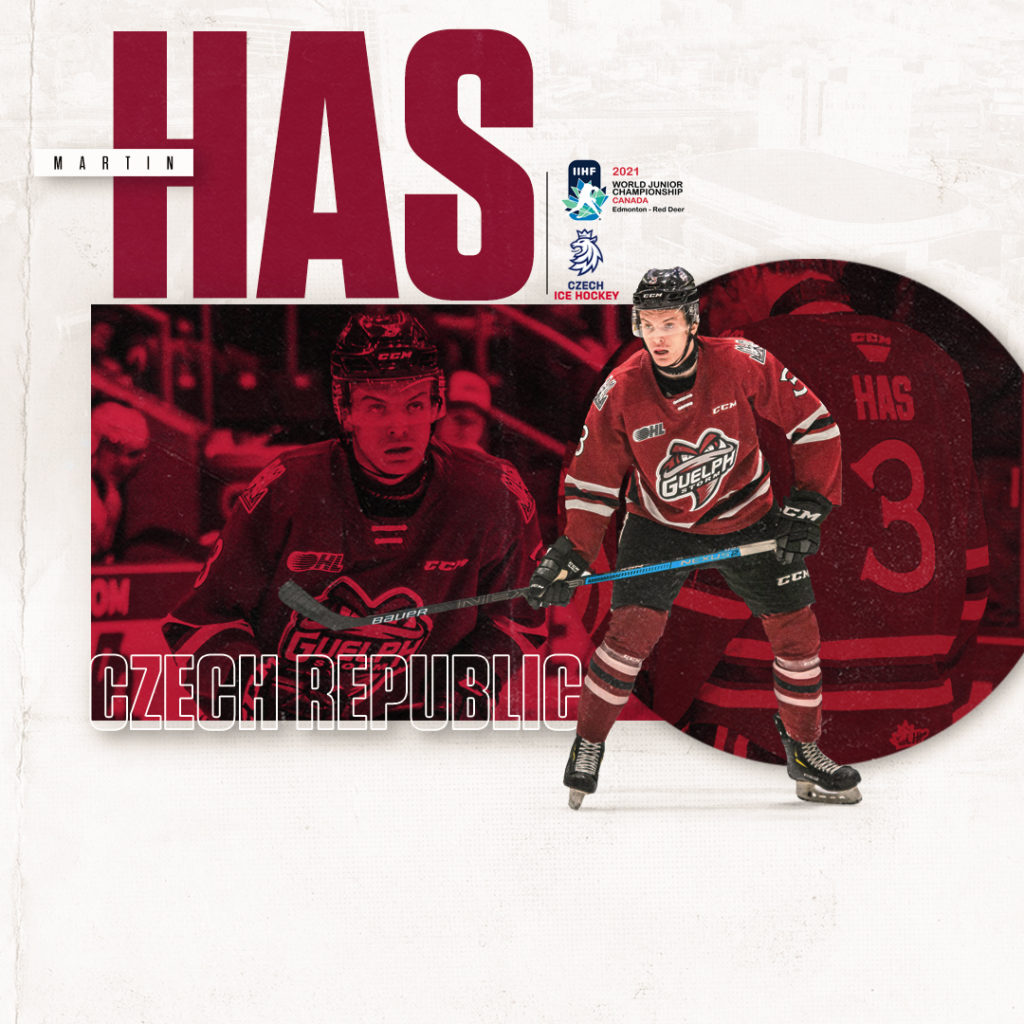 The Czech Hockey Federation unveiled its 42-man National Junior Team Selection Camp roster on Wednesday, with four OHL players invited to the camp that gets underway on December 5 in Vyskov.

An 18-year-old native of Vitkovice, Czech Rep., Malik appeared in 16 games for the Greyhounds in his first OHL season, joining the club following last year’s World Junior tournament. The son of former NHL defender Marek Malik went 5-11-0-0 with a 3.77 goals-against average and .886 save percentage before being passed over in the 2020 NHL Draft. The 6-foot-2, 174Ib. goaltender has spent the COVID-19 affected 2020-21 season to this point with HC Frydek-Mistek of the Czech second division, appearing in four games with a 2.74 goals-against average and .921 save percentage. Malik got into one game at least year’s World Juniors.

Greyhounds teammate Jaromir Pytlik comes off a 50-point (22-28–50) 2019-20 season in Sault Ste. Marie and was chosen in the fourth round of the 2020 NHL Draft by the New Jersey Devils. The 19-year-old centre from Dacice, Czech Rep. has been on a temporary transfer to HC Stadion Litomerice of the Czech second division, suiting up in four games. Pytlik had an assist in five outings with the Czech National Junior Team in last year’s tournament on home ice.

Montreal Canadiens second round draft pick Jan Mysak joined the Bulldogs following last year’s World Junior tournament, slotting into the Hamilton lineup for injured Czech countryman Jan Jenik. Mysak had a successful 25-point (15-10–25) output in 22 OHL contests before being selected 48th overall by the Canadiens this past summer. Mysak , who is playing with the Czech Elite League’s HC Litvinov program, has one assist in 10 games this season. The 18-year-old posted a goal and an assist in five games at last year’s World Juniors, and has also starred for the Czech Republic at both the U17 and U18 levels.

Washington Capitals prospect Martin Has returns to the Czech blue line following a rookie OHL season split between the North Bay Battalion and Guelph Storm. Has posted six assists in 21 games last season and recorded three points (1-2–3) for the Czechs in the World Juniors. The 6-foot-4, 187Ib. Storm defender has spent the 2020-21 season on temporary transfer to the Czech second division’s HC Benatky nad Jizerou club, putting up an assist in three outings. Has was Washington’s fifth round pick in the 2019 NHL Draft.

The Czech National Junior Team will depart for Edmonton on December 13th to prepare for tournament action that begins for them on December 26th when they take on Sweden.