Deserving Daws answers the call against the London Knights 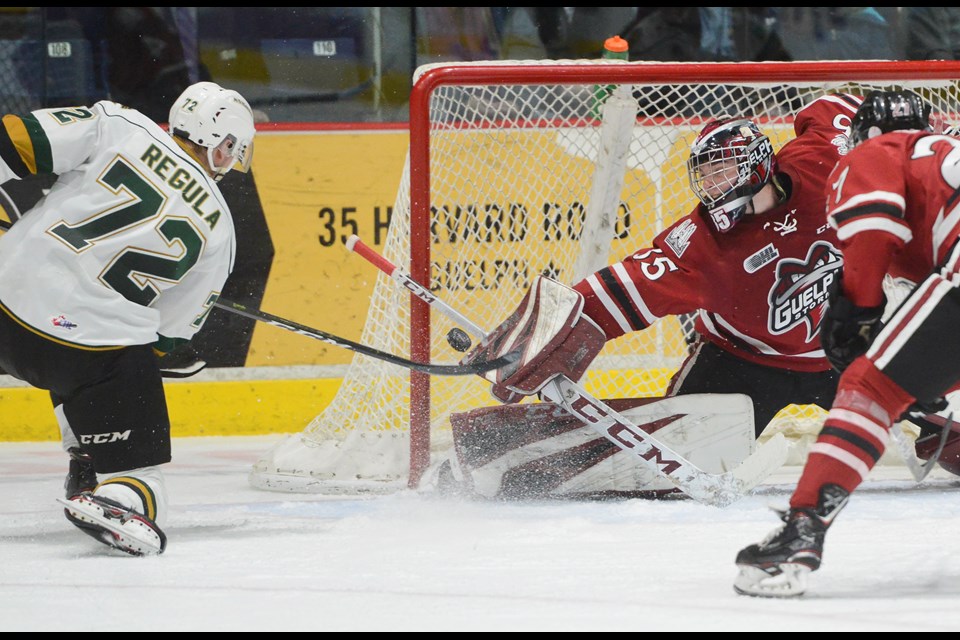 Starting backup goaltender Nico Daws against the London Knights Wednesday was not a hunch being played by coach George Burnett.

Daws has won his last six starts and was coming off a solid outing in Owen Sound last Saturday.

So Burnett went with Daws and the 18-year-old Burlington native responded with a great game, holding the Storm close until they could get the offence going in what ended up a 5-1 win before almost 5,000 at the Sleeman Centre.