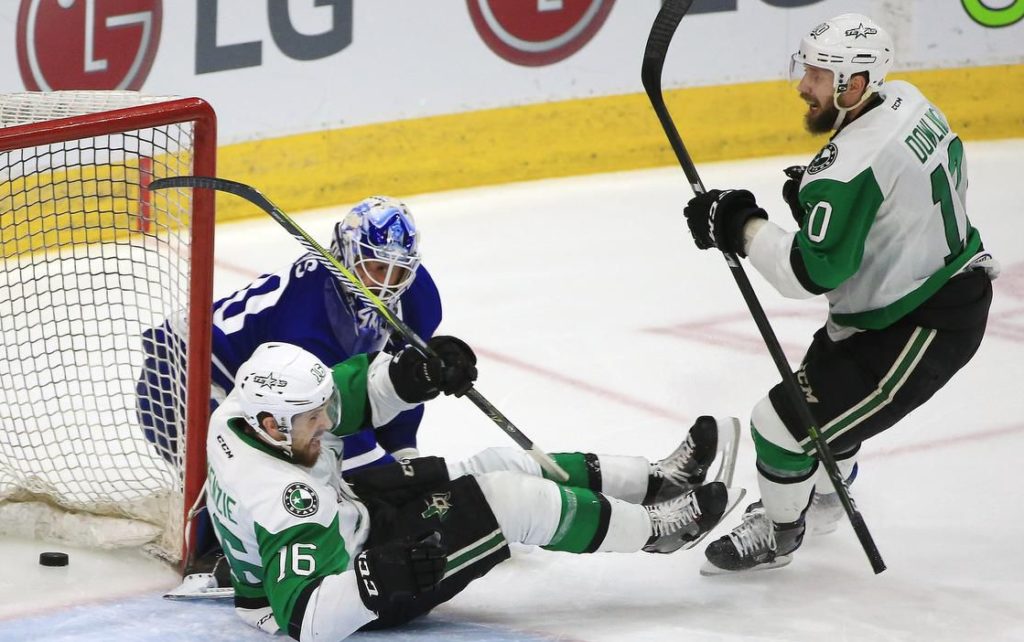 There’s a lot of talk in the minor leagues that playing hockey in June, and playing in the playoffs, is a great learning opportunity for young prospects.

Marlies coach Sheldon Keefe would have none of that after losing Game 6 of the Calder Cup final Tuesday night 5-2 to the Texas Stars.

“We’re done growing,” Keefe said. “It’s time to play and get it done.”

So after squandering an opportunity to win the first Calder Cup in franchise history on Tuesday, the Marlies chose to look at the bright side. They have another chance on Thursday, at the Ricoh, 7 p.m.

“We’re excited for a chance to play,” said Keefe. “We earned the opportunity to have two cracks at this. We’ve got to dust ourselves off, recognize what went really well for us in the first period, and what didn’t go so well for us after that.

“We’ve got an opportunity now to play in a one-game shot on home ice for a championship. We’ve got to get our team’s mindset right and recognize we have a great opportunity.”

The stage was set Tuesday for a celebration. More seats were installed at the Ricoh, bringing the number of patrons to a record 8,783. More media — nearly as many as a Maple Leafs game — were in attendance hoping to cover Toronto’s first men’s professional hockey championship since the Maple Leafs captured the Stanley Cup in 1967.

But a dominant Marlies first period did not include any goals. The bounces went all for the Stars. Marlies goalie Garret Sparks had his worst performance — four goals on 17 shots. Two of them came on turnovers in the second period, one from Sparks himself.

“One was clearly my fault,” Sparks said. “You can’t be turning pucks over to a team like that. They’re too opportunistic. If you’re going to do that, you have to make saves. I didn’t do that today.”

The first period ended scoreless, though the Marlies outshot Texas 16-4. Texas built up a 3-0 lead in the second period when Martin Marincin fell on the first goal and the Marlies coughed up the puck on the next two. Calle Rosen and Justin Holl scored third-period goals in a failed comeback attempt as Texas matched Toronto’s output.