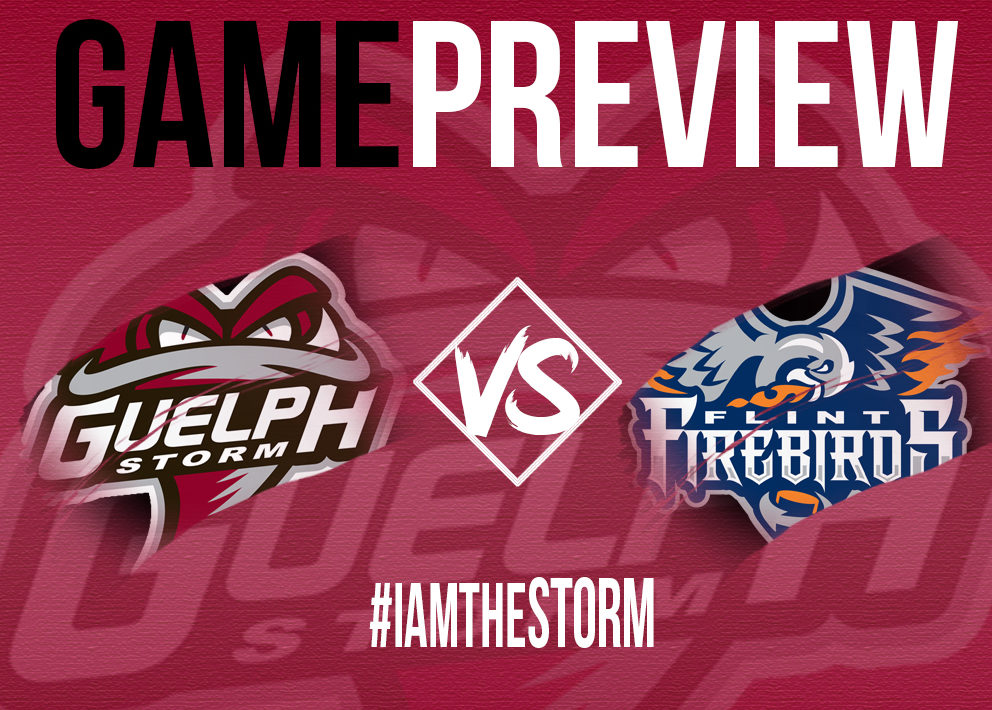 The Storm host the Flint Firebirds at 2pm in what has become an annual Family Day tradition at the Sleeman Centre.  Once the game ends, more fun begins on the ice as fans with tickets to the game are welcome to get on the ice and skate around with their favourite Storm players.

Fedor Gordeev will play against his former club after being traded to the Guelph Storm earlier this year. Fedor has 2 goals and 4 assists since coming over to Guelph and has a plus/minus of +12 in those games. Gordeev is a towering 6’7″ and was drafted by the Toronto Maple Leafs in the 5th round of the 2017 NHL Draft.

Jake Durham is having a career season with career highs in goals with 34 and points with 54 thus far this season, and is only 3 assists away from setting a new career high. It’s been a tough season for Flint, but Jake has been able to put up some great numbers this season and will look to hit the 40 goal mark by seasons end.

Each member of the team will be signing autographs, taking pictures and interacting with Storm fans. Fans are encouraged to bring their skates to the game, as only those with skates will be permitted onto the ice.

Skates must be checked at the Fan Experience Zone at GATE 6 prior to entering the Sleeman Centre concourse for the game, and a baggage ticket will be issued. The skates may be picked up following the game. Tickets for the game can be purchased online HERE. Questions about tickets for Monday or details on the post-game ‘Skate with the Storm’ can be directed at the Storm box office by calling 519-837-9690.

Guelph will play at home against the Erie Otters on Friday February 22nd at 7:30pm, before they head to Flint to play the Firebirds on Saturday February 23rd at 7:00pm.