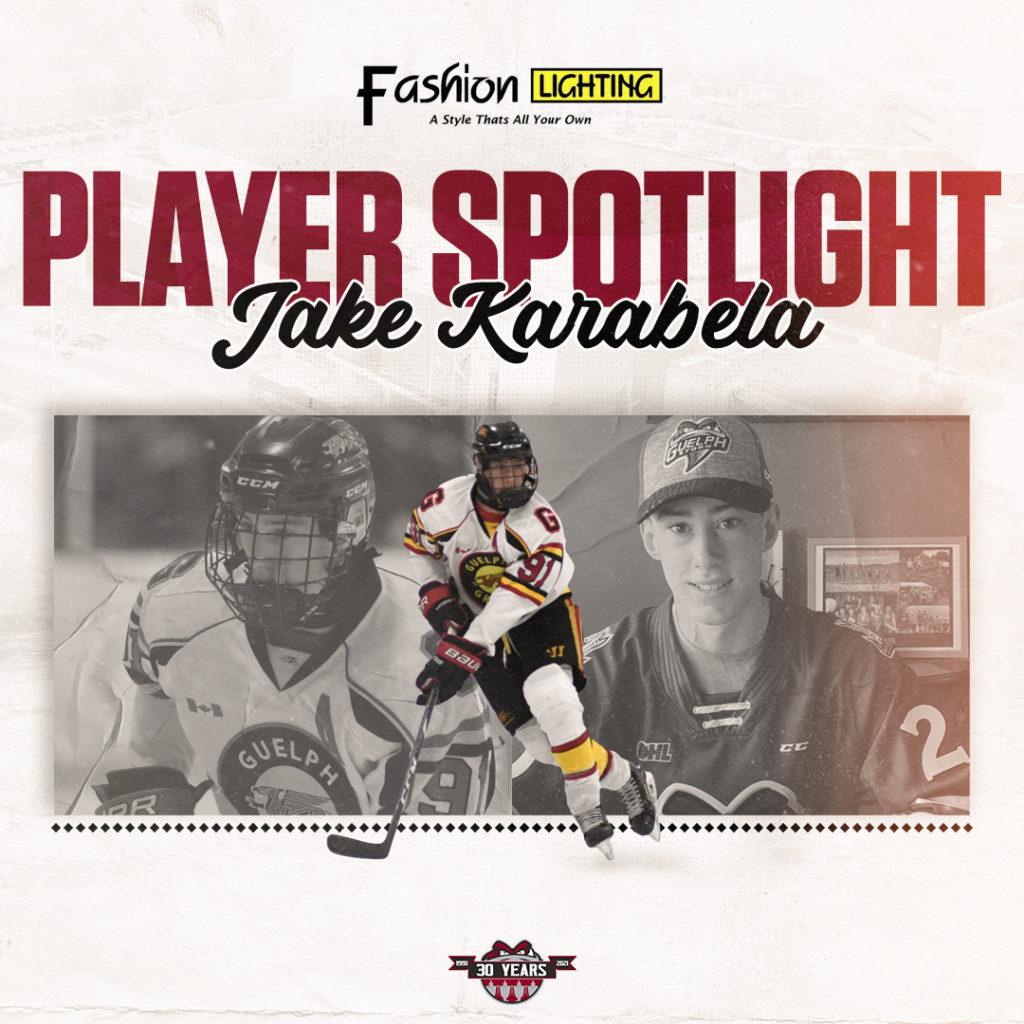 For years, Jake Karabela was like most kids at the Sleeman Centre. Looking down from the stands on his hockey heroes, hoping one day he could be on the other side of the glass. After being selected 32nd overall by the Guelph Storm in the 2020 Ontario Hockey League Priority Selection, the hometown kid will get a shot at his childhood dream.

Growing up, Jake’s father launched his passion for hockey. “I can remember being two or three years old, mini-stick in my hand, sitting in his lap watching Leafs games,” he said. Karabela started in a Leafs jersey, but as a local guy the Storm have always held his heart.

From celebrating his birthdays to celebrating championships in 2014 and 2019, the Storm and Karabela have connected for years.

In his mind, the 2014 championship sticks out as his favourite memory. “I remember in 2014 when they won the OHL championship with guys like Robby Fabbri and Matt Finn, that was a year that I think was really good for the city and just exciting to watch.”

Staying close to home for his minor hockey career, Karabela quickly rose through the Guelph Jr. Gryphons hockey program, making a name for himself with his offence and a strong 200-foot game. “I love to put the puck in the net, but I also work hard, and I take care of my end.”

The 16-year-old put his offence on full display during his U16 season with the Gryphons, scoring 36 goals and 32 assists through 45 games. That offensive prowess caught the attention of Storm Head Coach and General Manager George Burnett.  “Jake is a gifted two-way forward that plays the game with pace, can create offensively through his ability to see the ice and the ability to finish on his own,” Burnett said after selecting Karabela.

Thankful for being selected by his home team, Karabela recognizes the potential downside of playing in familiar surroundings. Having family and friends in the stands can be motivating when you succeed but uncomfortable if you struggle, “Being a hometown kid is tough; if I have a bad game or shift, am I going to be prepared for that?” said Karabela.

When he begins his rookie season, Karabela is ready for whatever is asked of him. “Whatever role is given to me is the role I’m going to play, whatever I can do to help make the team better.”

No matter what role he plays, Karabela is genuinely grateful that after years of watching his heroes at the Sleeman Centre, he will get a chance to inspire the next generation who watch him live out his childhood dream. “To be a little kid in the stands thinking how cool it would be to be one of those guys, it will be a cool feeling to be on the other side of the glass.”