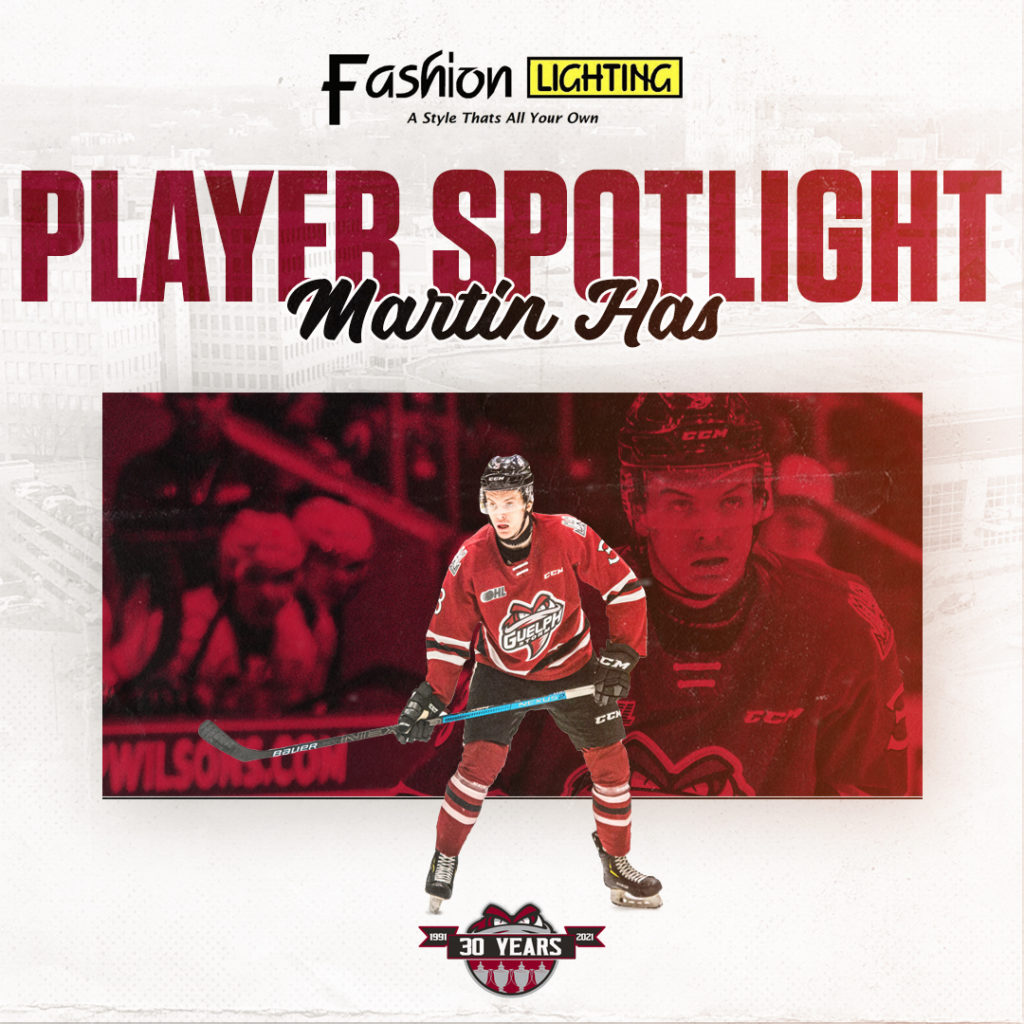 With a hockey career that has already taken him to eight teams and through three countries, Martin Haš has travelled a lot more than most junior hockey players. If you ask him, though, he may tell you he has had enough of airports to last a lifetime.

For Haš, hockey started at home in Prague, Czech Republic. Like so many others, his inspiration to hit the ice came from within his family. “It is probably because of my parents,” Has said, “my parents tried it out with me, and I liked it, so I’m in it.” The six-foot four defender quickly found a home on the blueline of his hometown HC Sparta Praha’s junior team. Success came quickly as across three seasons with HC Sparta Praha U16, and one with U18 Has won four consecutive Czech Championships. Most notably, in 2016-2017 with the U16 program, Has led all defenders in scoring, with four goals and six assists in just seven games in the 2017 Playoffs.

Following those four successful seasons with HC Sparta Praha, Has left the Czech Republic at just 16 years old and headed to Finland. There he joined the junior program of Tappara, where across parts of three seasons, he scored 17 goals and 16 assists in 86 games with Tappara U20. Finland was a change for the young defender, but he still looks at it fondly “It was really cold and dark, but thankfully, all the guys were really nice and really helpful, so it was good.”

After a strong 2018-2019 season with Tappara U20, Has headed to Vancouver for the 2019 NHL Draft, hoping to put an NHL jersey on over his suit, but while travelling out west, he ran into a slight problem. “I was there for the draft in Vancouver, but I didn’t get my luggage, so I had to borrow a suit; it was small because I am a tall guy,” Has said, chuckling. Appropriately dressed for the occasion, he waited until the fifth round when finally, the Washington Capitals called his name and made him an NHL prospect with the 153rd selection.

Haš began his 2019-2020 season back with Tappara, but after being selected 23rd overall by North Bay Battalion in the 2019 CHL Import Draft, he headed across the Atlantic to North America in January 2020. His stay with the Battalion lasted a single game, though, as he was shipped out at the Trade Deadline just two days later to the Storm in exchange for a pair of conditional third round draft picks. “It was quite a nice feeling that I was going to one of the best teams in the league,” said Haš.

His time with the Storm on the ice this past season lasted just twenty games before the league shut down, but it was valuable time for learning the differences between European and North American ice. “I had to get used to the smaller rink and the more physical game,” said Has. “The game is much more physical in North America; in Finland, there were a lot of tactics, here it is more about playing hockey.”

During this extended off-season Haš continued to add to his international resume as he joined Team Czech Republic at the 2020 World Juniors in Edmonton for his second year with the U-20 program. A traditionally long flight from Europe and a four-day quarantine were not ideal but the 20-year-old was impressed with the setup once he arrived in Alberta. “The tournament was great,” Haš said, “everything was well prepared for us to come.”

Finally getting on the ice at Rogers Place in Edmonton, he put everything behind him and delivered a good showing in the tournament putting up one assist over five games. The bubble experience that could have become stale was engaging for the young athlete by focusing on hockey. “It could have gotten boring, but our coach did a good job with us where we had zoom meetings, we were exercising, and honestly, it was quite a lot of stuff to do.”

As he prepares for his second season in Guelph, Has, who celebrated his 20th birthday on February 2nd, is ready for whatever is ahead with the Storm. “We are trying to stay prepared,” Haš said. “If a team comes in after a long break without being prepared, it could go really wrong,” and so long as the upcoming season gives him a break from airports, Haš will be ready for it.

Off the ice, Haš is hoping Storm fans to get to know him for longer than two months. “I’m a pretty easy-going guy, especially anything with fans; if something comes up, I’m always open to everything.” From playing in three countries before his 19th birthday to losing his suit before draft day, Martin Haš has faced many challenges but always has come at them hoping for the best. His next hope is that he will get to meet his next challenge on the ice, in Guelph, in front of the Storm faithful.