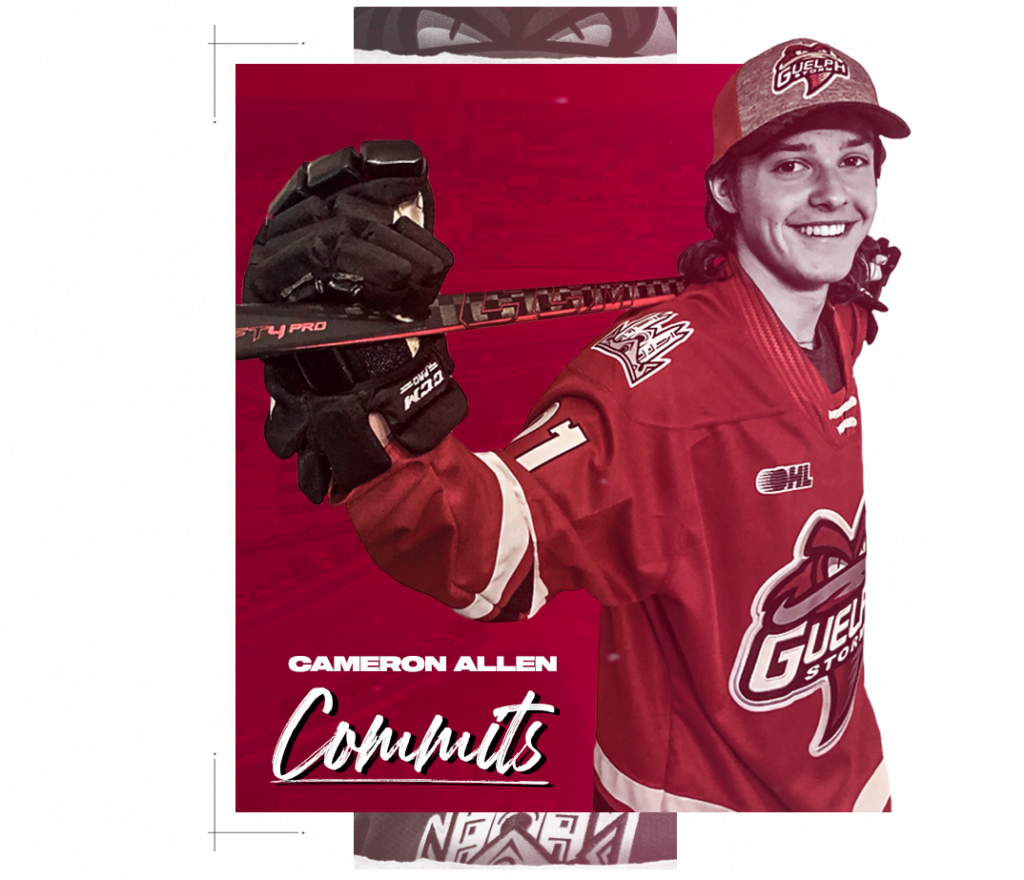 “Cameron brings a wealth of exceptional attributes which will allow him to make a significant impact in our line up immediately, from both the offensive and defensive side,” said GM and Head Coach George Burnett. “We are thrilled to have Cameron and his family join our organization.”

The 2005-born Allen had an impressive 2019-2020 season with the Toronto Nationals of the GTHL, recording 30 goals and 42 assists for 72 points in 43 games during regular season and tournament play. While playing up with the Minor Midget team as a Bantam aged player, Allen also had 1 goal, 6 assists, 7 points and 8 PIMs in 10 games.

“It’s a huge honour to sign with the Storm organization and make it official,” said Allen. “I’m excited to get to Guelph and meet all the guys and I’m looking forward to next season.”