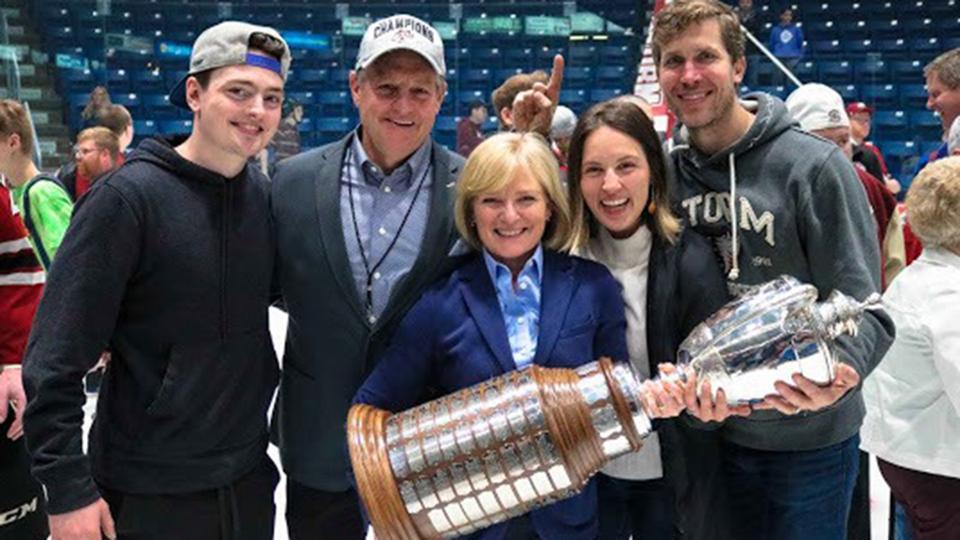 NHL.com’s Q&A feature called “Five Questions With…” runs every Tuesday. We talk to key figures in the game and ask them questions to gain insight into their careers and the latest news.

Barbara Underhill was open to the idea immediately.

A former world and Canadian national champion in pairs figure skating, Underhill hadn’t thought about getting involved in hockey outside of taking her sons to the rink for their games. But in 2006, the coach of Guelph of the Ontario Hockey League (Underhill and her husband Rick Gaetz are part owners) asked if she would like to help improve Guelph players skating.

“I really missed skating, so I said, ‘Yeah, I’ll give it a try,'” said Underhill, who had been a skating commentator on television for 16 years before she was approached for this opportunity.

“I didn’t really know what I was getting into. I just remember getting on the ice in Guelph and just having this crazy feeling like I knew this was where I needed to be and where I needed to go. It just felt so good to be on the ice again. I had been on it my entire life. Being back on the ice was like, I felt I came alive again. So I made a decision at that point to leave broadcasting and take this up full time.”