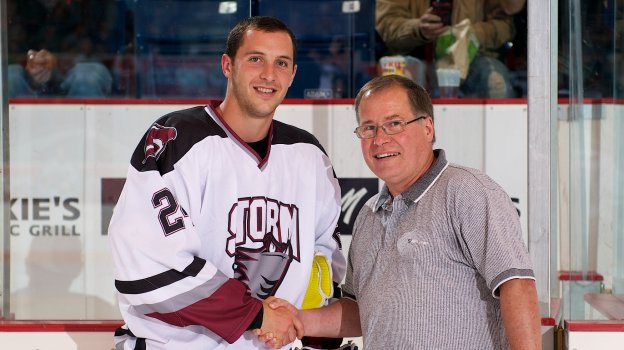 Ryan Callahan announced his retirement from the NHL on Wednesday after 13 seasons. Selected by the Storm in the 15th round of the 2001 OHL Priority Selection, Callahan would play 4 seasons with the Storm recording 130 goals and 107 assists in 249 games. He won an OHL Championship with the Storm in 2004 and was named one of the Storm’s All- Time Top 25 Players in Franchise History.

“Let’s make it official,” Callahan said in a tweet. “I did not play last year due to a back injury, but I am officially announcing my retirement from the NHL. Reflecting on my career, it’s hard to wrap my head around how lucky and grateful I am for being able to live out my childhood dream for 13 amazing years.”