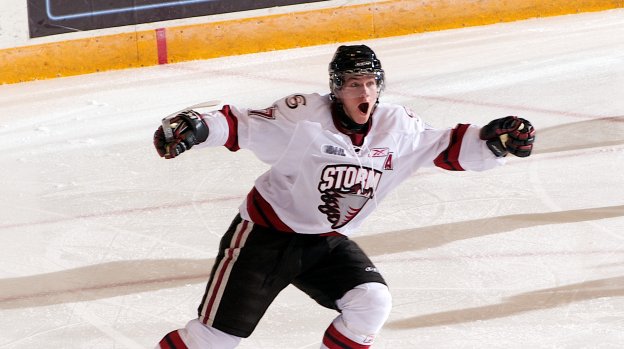 By Alexandra Petakova, RMNB Former Storm and Washington Capitals forward Michael Latta is no longer an AHL player. Instead he’s headed to China after signing a one-year contract on Wednesday with the KHL’s latest addition, the Kunlun Red Star.

After Red Star publicly announced the newest addition, Latta shared the news on twitter, saying he was excited about the new adventure and thanking Kunlun for the opportunity.

According to the Kitchener Post, Latta doesn’t expect to return to the NHL. There also seems to be no love lost for his years spent in the AHL.

“I’m not going to miss the AHL at all. I was kind of bored by the end of it, playing three years in Washington and with being sent down, I didn’t get a chance to get back to the NHL,” said Latta. “Going overseas was always the plan, so this kind of opportunity came up, in the second-best league in the world, and I thought it was a no-brainer for me.”

Latta joined the Red Star for a two-day preseason camp in Riga, Latvia. The team is currently holding a training camp in Liberec, Czech Republic, including an upcoming exhibition game against HC Pirati Chomutov on July 26.

Latta, 27, was drafted 72nd overall in 2009 by Nashville Predators. Latts was eventually traded to Washington as part of the Filip Forsberg deal in 2013.