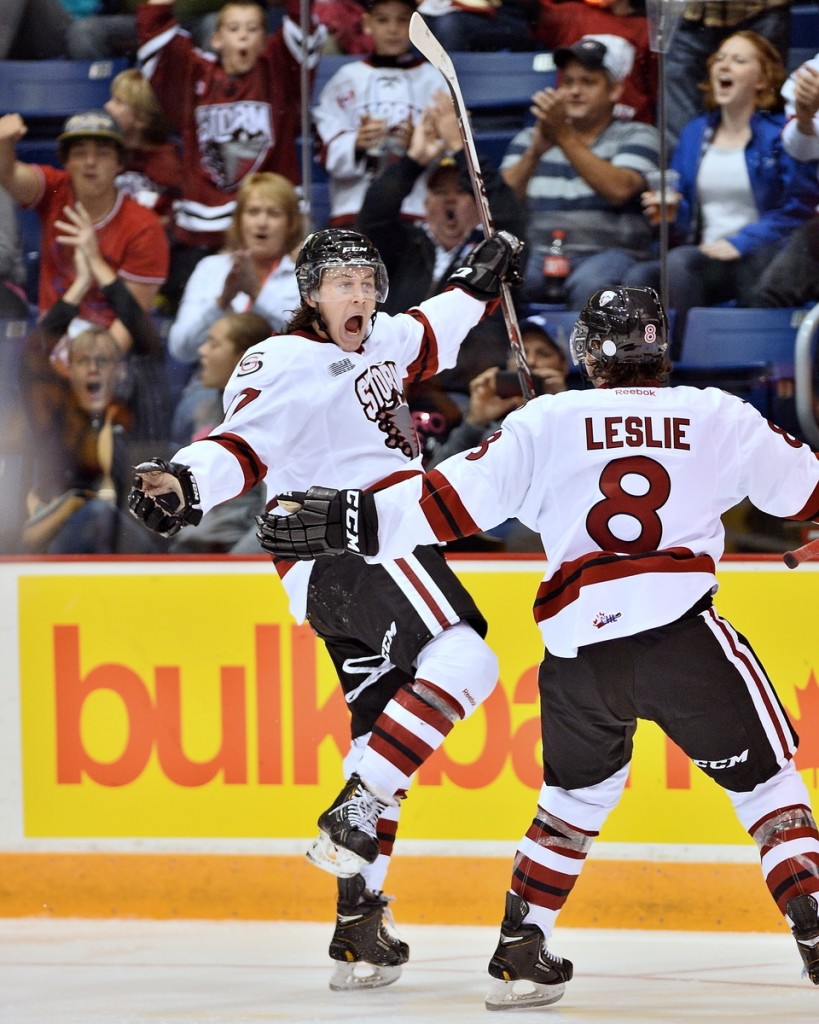 Veronica Neilson’s Grade 3 class is often a lively place, but when the letters from Tyler Bertuzzi arrived, it was a hub of activity.

Neilson’s students at Queen Elizabeth II Public School had written to Bertuzzi, a first-year NHL player with the Detroit Red Wings, as part of a project. With help from Angela Bertuzzi, Tyler’s mother and an educational assistant for the class, students learned the player’s back story, from his childhood and early days of minor hockey to his time with the OHL’s Guelph Storm to his pro turn with the Wings organization.

The also learned about hard work, perseverance and about being a good sport. Then they wrote to congratulate him on his first NHL goal, scored against the Chicago Blackhawks on Jan. 14.

The students were overjoyed recently when they realized Bertuzzi had written back not just to the class, but to each of them, individually.

“It was actually quite nice,” beamed eight-year-old Darius Larcher.

“It was awesome,” added nine-year-old Landon Pamser. “He is a kind person.”

Neilson recalled the excitement as students took their individual letters and found corners of the classroom to settle in and read them, before sharing the contents with one another.

“They were ecstatic,” she said. “They had hoped to get a message from his mom or a letter to the class in general. No one expected to get an individual letter back, but Tyler took lots of time to do it and sent back their letter, with his letter back to them, and responded personally to the comments the kids made.”

Larcher had asked Bertuzzi how long he had played hockey and when he knew he wanted to be a pro player. Since the age of four, Bertuzzi replied, adding that he knew immediately he wanted to play in the NHL.

The youngster was all smiles as he read the end of the message – “Thanks for the letter, Bud.”