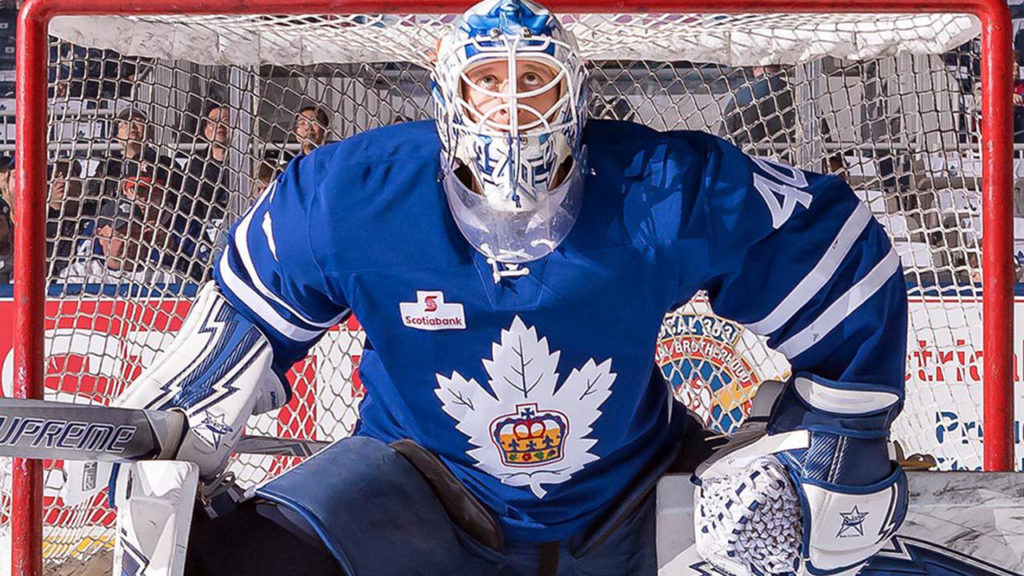 As the crowd roared to cheer each member of the Toronto Marlies when he lifted the Calder Cup over his head, Garret Sparks already had grander visions dancing in his head.

“It’s the first hockey championship in 50 years – over 50 years,” said the team’s starting goaltender. “And this core group is gonna do it again – at another level.”

At long last, the city of Toronto finally has another hockey title from a men’s professional team.

For the first time since the Toronto Maple Leafs last earned the Stanley Cup more than a half century ago, it was their little brother who returned the city to the winner’s circle.

The Toronto Marlies – the AHL club of the Maple Leafs – won the Calder Cup on Thursday in front of a raucous home crowd, beating the Texas Stars 6-1 in Game 7.

That the Marlies took the first and last games of the series allowed them to grab their first title in franchise history. It was the first by a Leafs’ affiliate since 1982.

For those like Sparks – players with Leafs experience and with aspirations of playing for them next year – it was tough not to think this win will permeate upwards.

“Hopefully, this little taste kinda gets us kicked into gear and a little boost to back us up. It’s going to be an exciting time for his city.”