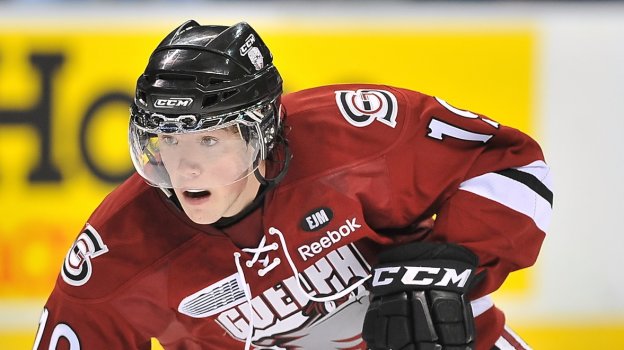 Throughout the 2017-18 season, U SPORTS sits down with one key athlete, coach, and staff member of each U SPORTS athletic program in our new interview series “Getting to know…”

Former Storm player Hunter Garlent, now playing for Saint Mary’s University states his father is the one who had the most influence on his athletic career. “He passed away in 2014 and until I step on the ice for the last time, he will be who I play for every game.”  Read Hunter’s full feature below.

1. What attracted you to Saint Mary’s University?

I was attracted to Saint Mary’s because of the opportunity to live in a new province and experience new things while working toward an education as well as playing the sport I love. I had been to Halifax once prior to coming to SMU during the Canada Winter Games in 2011 and loved the city and beautiful scenery the water presents. Fast forward five years later speaking to a friend who was playing for the Huskies and loving every minute of it, the opportunity to return to Halifax became something I couldn’t pass up.

2. What’s your favourite memory, and your greatest athletic achievement as a U SPORTS student-athlete?

The greatest memories I have as an athlete at Saint Mary’s come off the ice – this is something I think many team athletes can agree upon. The ability to step away from the game we love whether it be a bus ride, team golf tournament, or team dinner are the memories that stick out as special. Connecting on a different level with 22 other guys who over the course of our time, continually become closer and will without a doubt be friends forever.

My greatest achievement as a U SPORTS student-athlete was being recognized and named a First Team All-Canadian at the end of this season. Although a very special individual recognition, it is impossible to earn the honour without amazing coaches and teammates. To be named to this team as a member of Saint Mary’s is something that makes me very proud.