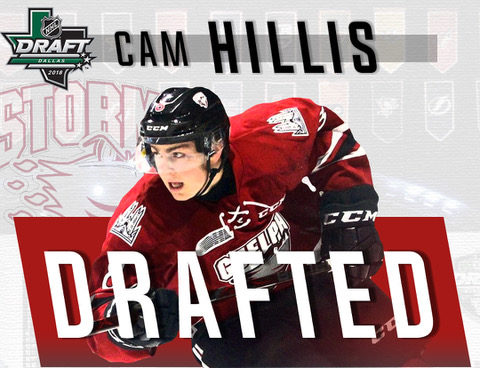 Storm forward Cam Hillis has been selected in the third round, 66th overall by the Montreal Canadians in the 2018 NHL Entry Draft.

Hillis is the second Guelph Storm player to be picked in this year’s draft, following defenceman Ryan Merkley.