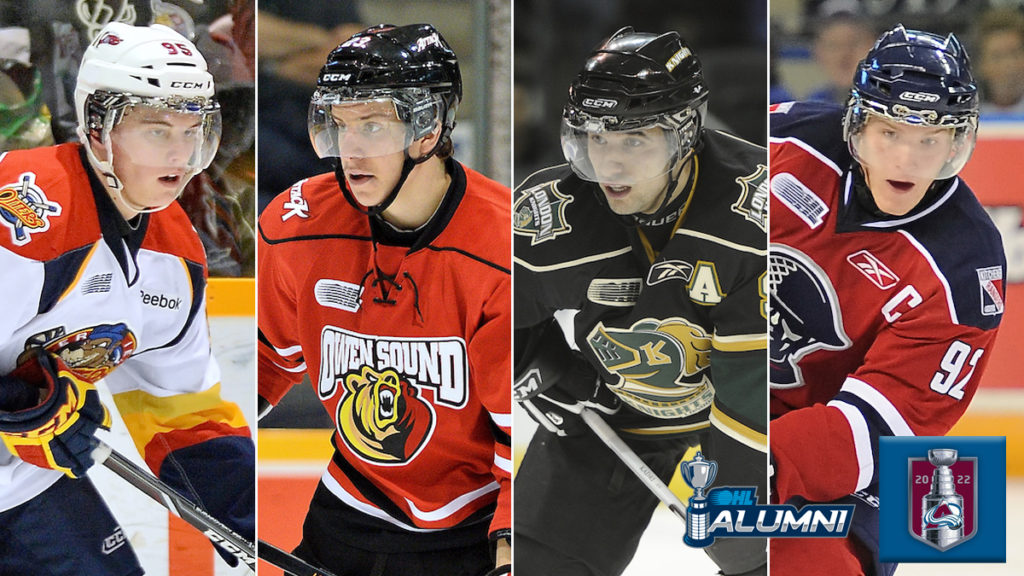 Four OHL graduates are 2022 Stanley Cup champions as members of the Colorado Avalanche, bringing hockey’s ultimate prize to the Mile High City for a third time.

The Avs defeated the Tampa Bay Lightning 2-1 in Game 6 of their Championship clash on Sunday night, with captain Gabriel Landeskog picking up an assist before accepting the Stanley Cup from NHL Deputy Commissioner Bill Daly.

Landeskog, who won an OHL championship as a Kitchener Ranger in 2008, is joined by fellow OHL grads in Nazem Kadri, Andre Burakovsky and Kurtis MacDermid on the Colorado roster.

“Management has believed in us, committed to us and we’ve grown together, and even when we had three straight exits in a row in the second round, we stuck together and we didn’t blow it up,” Landeskog said after the win. “We didn’t try to change things. We stuck with it. We brought in some really, really, really high-character pieces that just wanted to win.

“They just wanted to do whatever they could to win, and they were the difference for us.”

Lightning captain Steven Stamkos, a Sarnia Sting alumnus, had a goal as the Bolts faltered after back-to-back Stanley Cup championships.

To anyone who thought he was a liability in the playoffs ?@43_Kadri | #GoAvsGo pic.twitter.com/PhAsWTAH8R

“We were pushing and pushing,” Stamkos said. “We had so many guys battling. We worked our butts off. … That’s what makes it tougher because you know how hard it was to get here.”

The Avalanche swept the Nashville Predators, defeated the St. Louis Blues in six games and swept the Edmonton Oilers to reach the Championship Final where they dethrone Tampa Bay in six games. It’s the franchise’s third title following previous championships in 1996 and 2001.

Colorado finished atop the Western Conference standings during the regular season, playing to a record of 56-19-7 with 119 points.