From the Stands: former Storm star honoured at Sleeman Centre 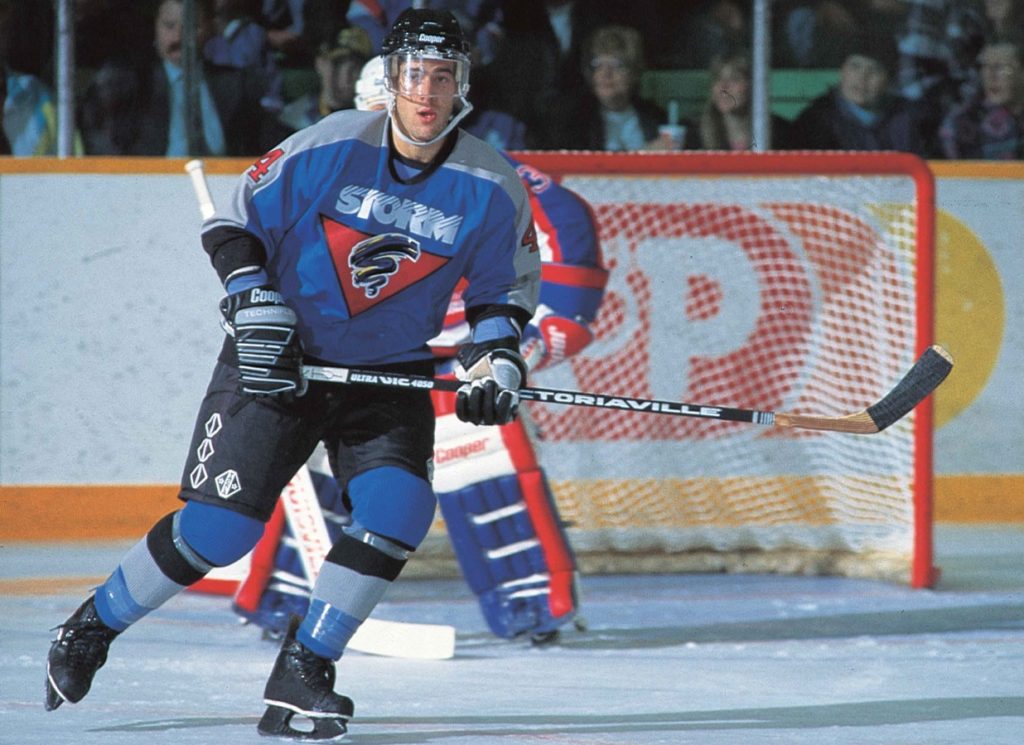 Watching Todd Bertuzzi’s retired number being raised to rafters of the Sleeman Centre Saturday afternoon brought back a flood of memories.  He has been the most physically dominant player I have ever seen play junior hockey.  He wasn’t the fastest or the craftiest but he might have been the strongest and he coupled that strength with an abundance of skill and speed that made him a man amongst boys during his final season of junior.

I will never forget the image of Big Bert barreling down the right wing against the Belleville Bulls in the 1995 OHL semi-final.  As he held off one player with his left arm as he headed towards the net, another player literally jumped on his back and it was if he barely noticed.  He swooped around the net, centring the puck for a great scoring chance.