From the Stands: Mark Woolley 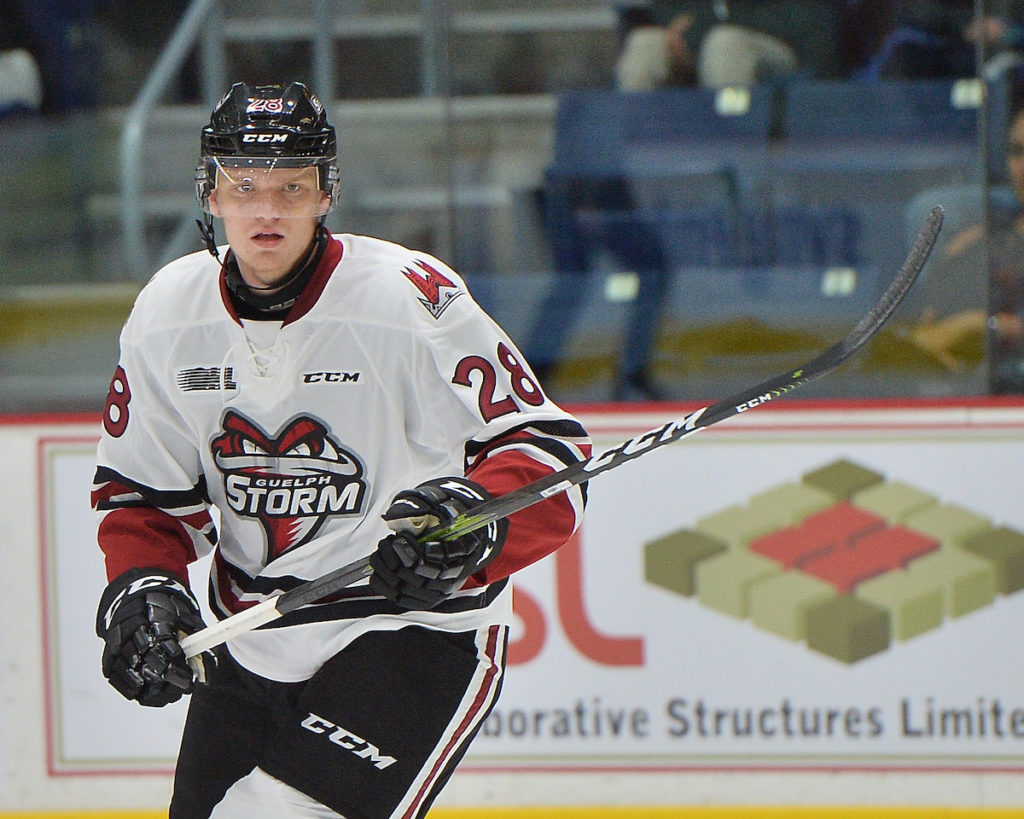 As Mark Woolley starts to assert himself on the Guelph Storm blue line it is hard to believe he is still just 16-years-old. He skated into the Ontario Hockey League last season and played much better than one would have expected. Yes he made mistakes but he played with a confidence that belied his tender age.

This year he is the “veteran” on the Storm’s third pairing with rookie Daniil Chayka, who turned 16 yesterday, and he is relishing the opportunity to take a leadership role.

“He’s an unbelievable player,” said Woolley of his partner. “He’s got lots of offensive ability so I’ll let him do his thing and I’ll take care of our end and hopefully we can keep being successful out there.”

There is no doubt that Wooley wears the mantle of “defensive defenceman” with great pride.

“I’ve gained some confidence over last season and keeping it simple is my style of game,” he said recently. “Taking care of my end first is what I like to do.”

“But don’t underestimate Mark’s skill,” said coach and GM George Burnett. “His ability to shoot and move the puck is strong. He’s playing the game with pace, playing hard and physical, he’s a real honest competitor and he is only going to grow (on NHL scouts).”

Because Woolley’s birthday is so late in the year he isn’t even eligible for the NHL draft until next season but he knows there are areas in which he must improve.

“I’ve worked on my speed and keeping my feet moving out on the ice,” he said. “It’s a lot easier to open up plays for yourself when your feet are moving rather than standing still. You have to turn all your power into speed to make the most of your stride.”

Woolley’s biggest fan is his older brother Matthew who has Downs Syndrome.

“He’s at every game with his jersey on supporting me,” said Matthew’s 6’2”, 205lb baby brother. “It’s an unbelievably special feeling. He’s always got a smile on his face so even if you didn’t have your best game he’s out there to cheer you up.”

Is he quick to offer you some tips?

“Sometimes,” said Woolley with a laugh. “He always has to put in his two cents that’s for sure.”

The St. Thomas native feels very fortunate that his mom and dad (Steve and Tracy) get to so many of his games, and his other older brother Michael, who coaches minor hockey, makes it when he can.

Storm fans already have a great appreciation for his physical style of play and booming shot from the point. The thought of seeing Woolley and Chayka together for the next three years should make every Storm fan smile.