From the Stands Paul Osborne 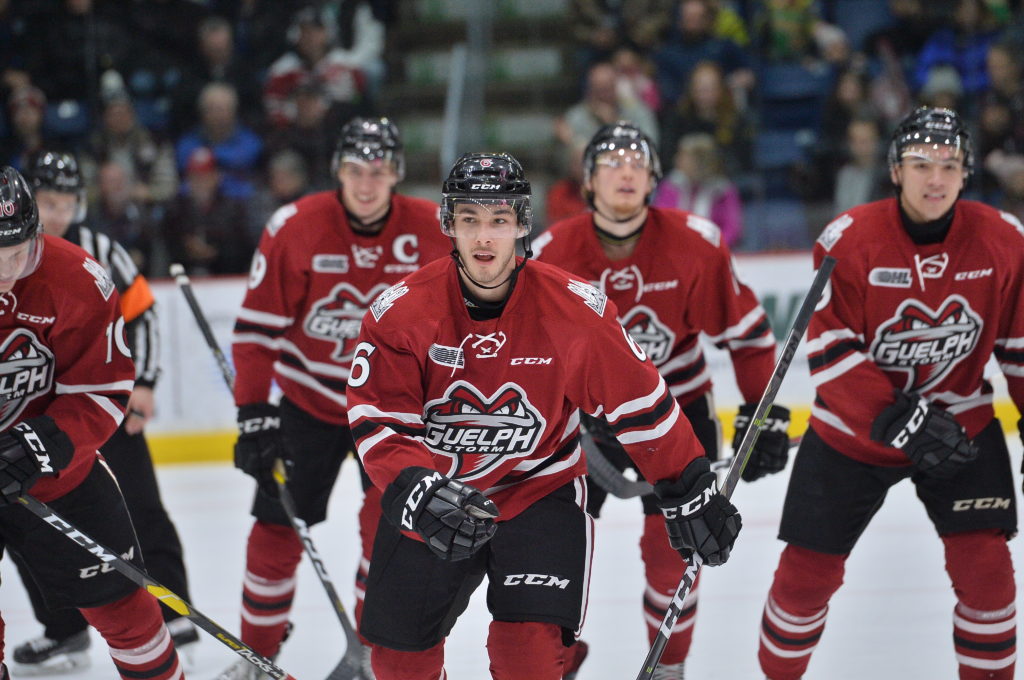 Despite not a single on ice practice the rebuilt Storm went out and defeated three of the top ranked teams in the OHL: London 7-5, Niagara 6-5 in OT and Ottawa 8-4. It was a tidy weeks work for Burnett and his team. Their only hiccup was a 4-3 OT loss to lowly Kitchener.

“We seem like a new team now and have a lot of new energy,” said captain Isaac Ratcliffe. “Going up against (top-ranked Ottawa) and to take it to them was awesome.”

“It was important for ourselves but everything else is noise,” said Burnett when asked if their three wins sent a message to other teams in the league. “I don’t think we were out there trying to make a statement other than trying to get better. We haven’t had a practice yet.”

The hope is that with some practice time the team can really come together and start moving up the standings. They are currently fourth in the conference (22-12-4-4) with 52 points, four behind Saginaw in third. The Storm would dearly love to pass the Spirit to avoid a possible second round match up with London, but even if that did occur, Guelph has strengthened itself to the point when they will be very tough for any team to handle .

The new faces have fit in well. Suzuki grew up playing with Ratcliffe. Entwistle and Phillips were teammates on Team Canada with Suzuki. Durzi’s last memory of the Storm  was an on-ice altercation with Guelph’s leading scorer Nate Schnarr.

“Our last game against Guelph it was me and Schnarrzy waving each other off the ice because we got into a little battle there,” said Durzi. “I’ve had so many battles against Guelph before and it’s definitely nice to see us come together. It’s funny because it’s easy to make friends when you have the same interests and goal – and that’s winning.”

The Storm plays in Peterborough tonight before hosting Owen Sound Friday at 7:30 and Niagara Sunday afternoon at 2.

Since August 10, 2018 when the Storm traded three draft picks for overage defenceman Jack Hanley, the Storm has traded seven players, obtained ten, and have seen 34 draft picks move through their hands, some multiple times.  They traded eleven second round draft picks, nine third rounds picks, three fourths, two fifths, and a twelfth. Only four of those second rounds picks were their own, with the remaining seven being obtained from other teams in previous deals.

*Of the 11 draft picks obtained, 8 were included in the 26 they traded. 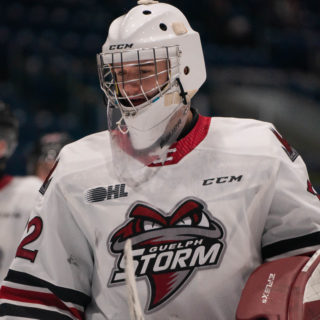