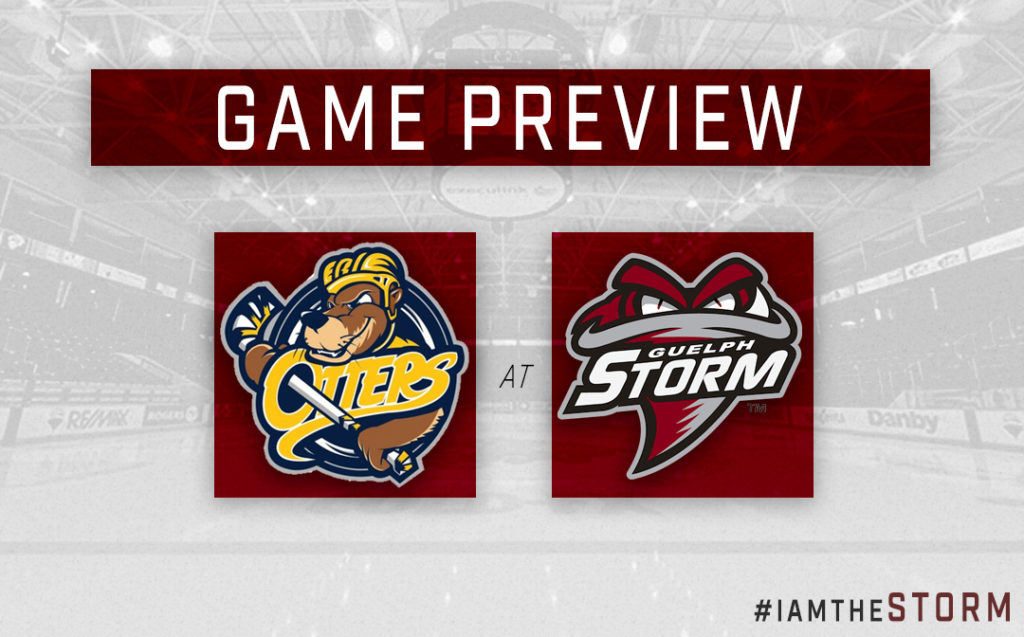 The Guelph Storm take on the Erie Otters on Friday evening for their first of 3 games this weekend. The Storm are heading into Friday’s game with 6 points through 7 games and are looking to snap a 2 game losing streak. The Otters are coming into Guelph with 12 points thus far and are looking to continue their current 2 game winning streak.

Buy tickets to Guelph vs. Erie

The Erie Otters finished last season in 9th place in the Western Conference with 56 points and missed out on the playoffs by only 4 points.

This season, the Otters have some new faces in their lineup that include 3rd overall pick in the 2019 OHL draft Connor Lockhart, goaltender Aidan Campbell (12th Round, 2018) and Cameron Morton (7th Round, 2018).

Daniil Chayka is off to a strong start in his sophomore season with the Guelph Storm by scoring 3 goals and 7 points in 7 games played. Chayka had 5 goals and 14 points last season for the Storm and played in 20 playoff games during the Storm’s championship run.

Jamie Drysdale is looking to improve on an impressive rookie season which saw him score 7 goals and 40 points last season. Jamie is viewed as a high NHL draft prospect heading into this years draft and is off to a hot start with 4 goals and 15 points through 10 games this season.

The Guelph Storm head to Niagara to take on the IceDogs on Saturday before they return home on Sunday to face the Sudbury Wolves at 2:00pm. Skate with the Storm takes place after the game between Guelph and Sudbury on Sunday afternoon.