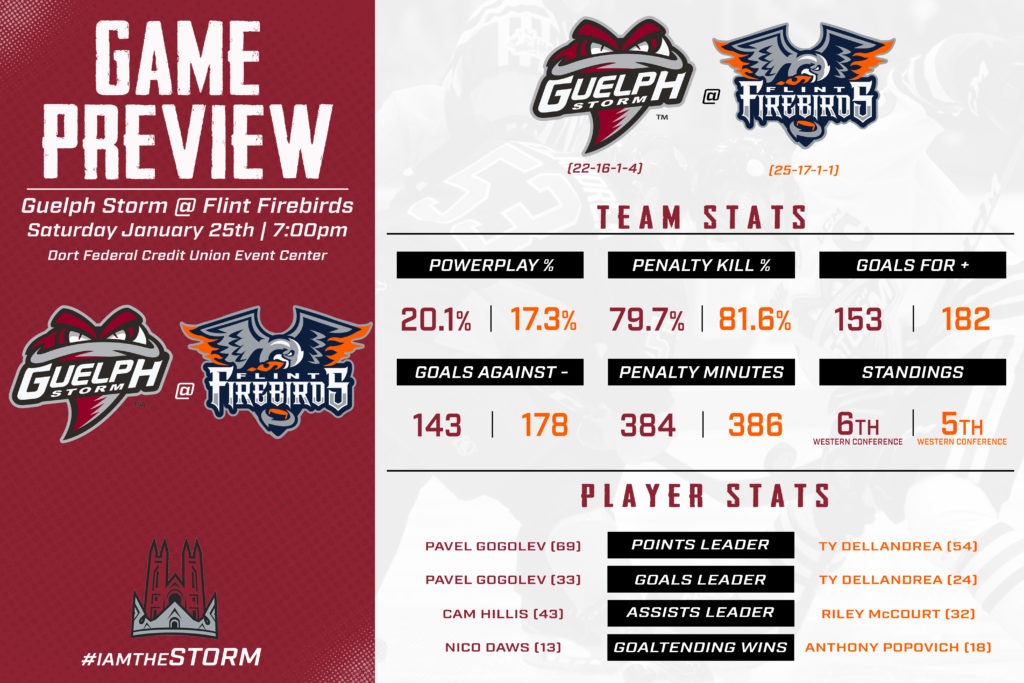 The Guelph Storm travel to Flint to take on the Firebirds for their 2nd game of their 3in3 weekend. Guelph is looking to snap their current 8 game losing streak after losing 7-5 to the Firebirds on Friday night.

The Firebirds are heading into Saturday’s matchup looking to add to their current 3 game win streak after beating the Storm 7-5 on Friday night.

The Guelph Storm have 3 current players drafted to NHL clubs including: Cam Hillis (MTL – 3rd Round) , Fedor Gordeev (TOR – 5th Round. Traded to MIN) and  Martin Has (WSH – 5thRound).

Guelph wraps up their 3in3 weekend in London on Sunday afternoon at 2:00pm against the Knights. The Storm are on the road next week as well with games in North Bay on Friday and Sudbury on Saturday to finish off the month of January. Guelph returns home on Wednesday February 5th against the Erie Otters at 7:00pm.