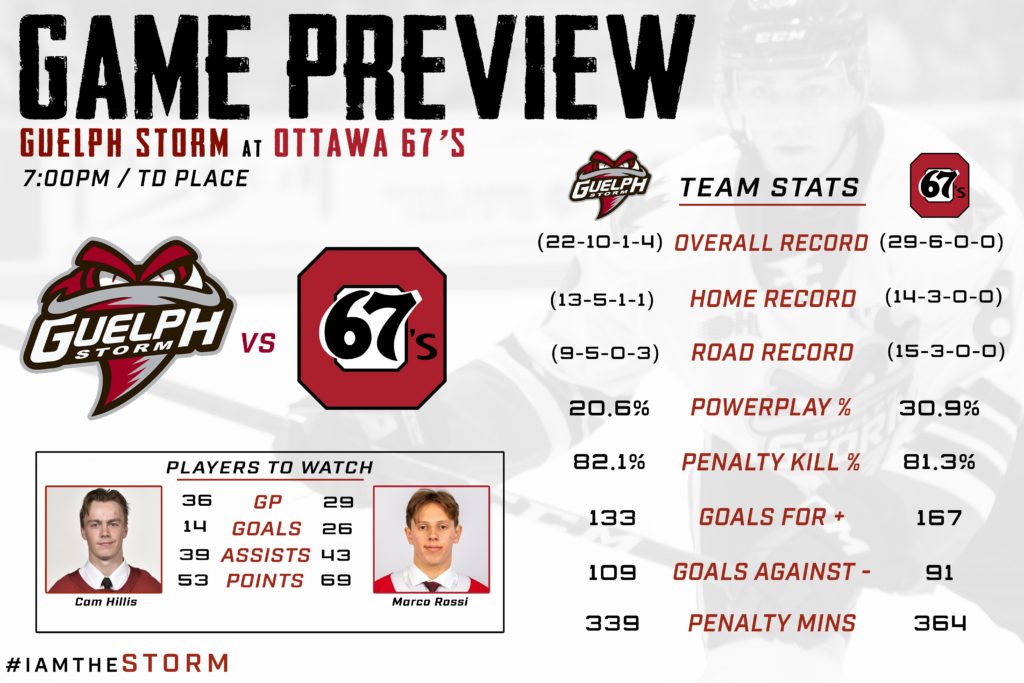 The Guelph Storm begin their road trip on Friday night in Ottawa to take on the 67’s at 7:00pm.

The Guelph Storm captain is enjoying a fantastic season for his club with 14 goals and 39 assists for 53 points thus far. Cam is well on his way to setting new career highs across the board as his career high 20 goals and 39 assists are well within reach. Drafted by the Montreal Canadiens in the 3rd round of the 2018 NHL draft, Cam has produced 134 points in 129 OHL games.

Drafted by the 67’s in the 2018 OHL Import draft, Marco has produced 134 points in only 82 career OHL games thus far. This season, Rossi has already set a new career high in assists and points and is only a few goals away from setting a new career high total. Marco is expected to be an early 1st round drafted player in the upcoming 2020 NHL draft this season.

The Storm travel to Kingston to face the Frontenac’s on Saturday January 11th, before returning home on Friday January 17th to take on the Owen Sound Attack at the Sleeman Centre.

Get tickets to Owen Sound at Guelph Storm