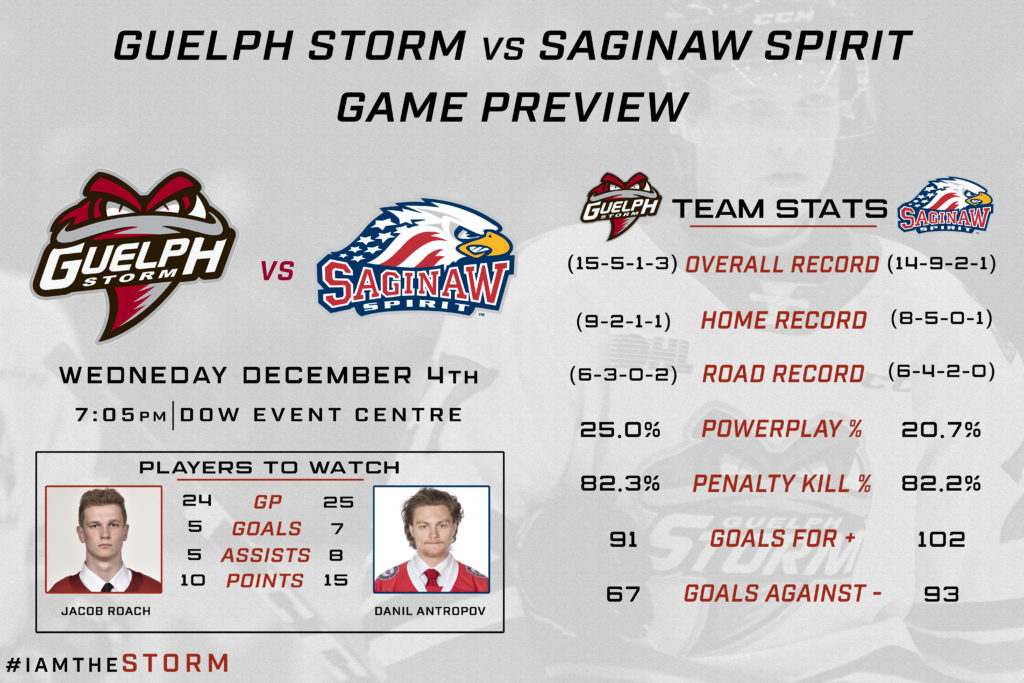 The Guelph Storm will battle the Saginaw Spirit on Wednesday evening at 7:05pm as their scheduled remake game from last month.

GuelphToday is teaming up with the Guelph Storm for a great cause on Friday at the annual Books For Kids event.

GuelphToday volunteers will be collecting donated new children’s books at the Sleeman Centre as fans arrive to watch the Storm take on the Barrie Colts. Those books will be given to the Salvation Army and distributed through their annual hamper program.

This is the third year that GuelphToday has held the popular event, helping distribute over 2,000 books in the community.

Books will be collected at the main entrance to the rink prior to the game.